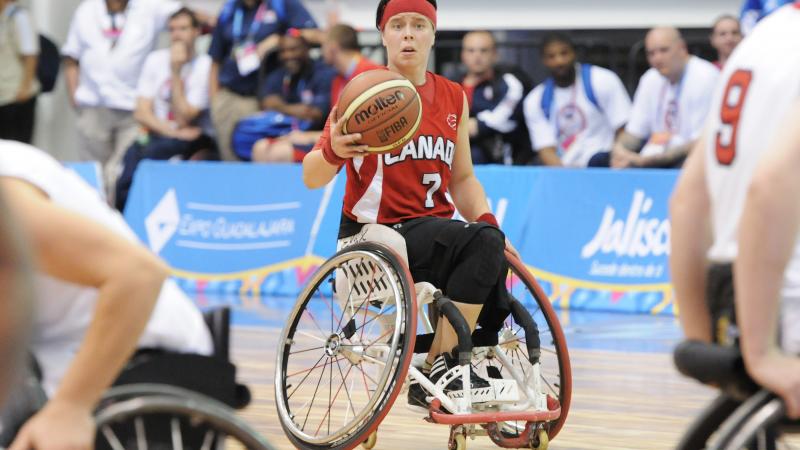 Canada’s wheelchair basketball teams are relieved no more players will be lost to a realigning of eligibility standards.

David Eng, a two-time gold medalist and Canada’s flag-bearer at the 2016 Paralympics in Rio, was ruled ineligible in June in a blow to the men’s crew.

But five other national team athletes under review have been ruled eligible for Tokyo, Wheelchair Basketball Canada announced Tuesday. “We cannot ignore the immense toll this situation has taken on the athletes and the integrity of the game,” WBC executive committee Wendy Gittens said in the statement. “WBC is extremely frustrated with how this process has been handled by the IWBF and the IPC.

“It has been thoroughly unfair to the athletes and the negative impact it has caused cannot be understated. The athletes have not had a voice in these life-altering decisions and the timing has caused much uncertainty and undue stress four years into the Paralympic cycle.”

Wheelchair basketball players are classified from 1 to 4.5, with trunk control and sitting balance the main difference between classes.

The IPC’s position is wheelchair basketball has for years operated under its own classifications and permitted athletes to compete who don’t meet the Paralympic standard.

In order to force compliance, the IPC made the dramatic move in January to remove wheelchair basketball from the 2024 Paralympics in Paris. The IPC also threatened at that time to chop the marquee sport from the 2020 Tokyo Paralympics, now postponed until next year due to COVID-19 pandemic.

The IPC demanded all Tokyo-bound wheelchair basketball players in classifications 4.0 or 4.5 – the highest mobility – get reassessed.

WBC did not name the five Canadian athletes given the green light for Tokyo, but did say Tuesday no other Canadians must undergo reassessment.

Three players on the men’s team aside from Eng are classified as 4.5. When Eng lost his spot on the team in June, the WBC said then three other players were cleared to compete in Tokyo.

Five players on the women’s squad have a 4.5 classification. Canadian men’s teams have claimed three Paralympic gold and one silver in the last two decades.