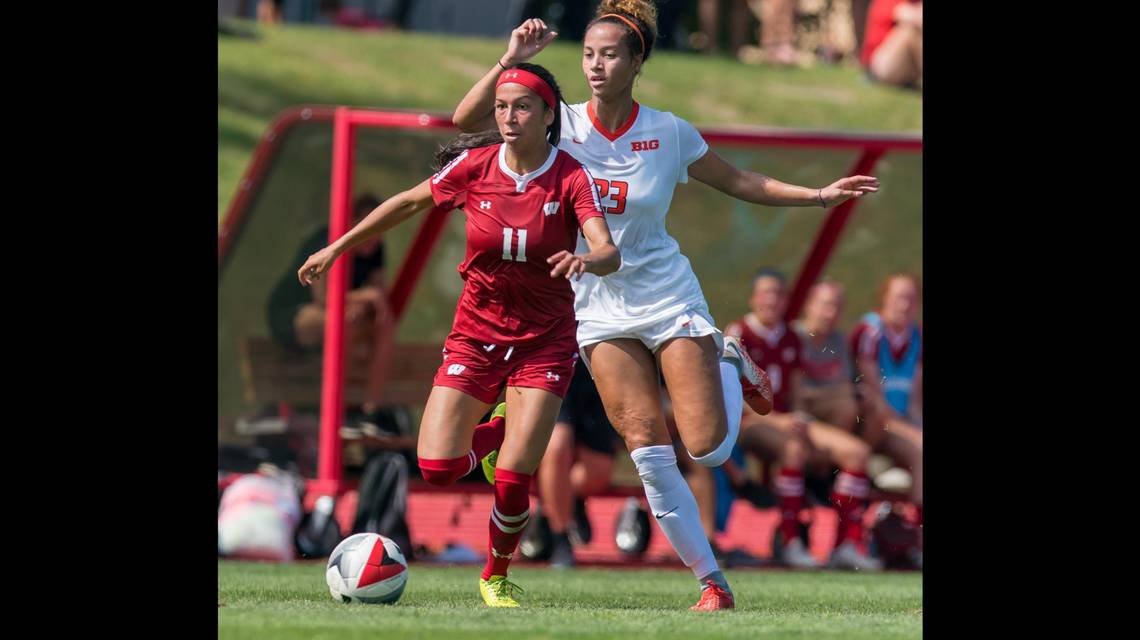 Pickett scored her first goal in the league in the 73rd minute to send the record-home crowd to its feet as KC managed to hold on for its first franchise triumph in their 14th match of the season.

Pickett, 25, is playing in her inaugural NWSL season – just like her team. The Barrie, Ont. native was drafted 15th overall by Kansas City in the NWSL draft on January.

Following a scoreless first half, the Canadian midfielder finally broke the deadlock after Kansas City earned a free kick within range of the OL Reign goal.

KC worked a clever set-piece as the ball fell to Pickett, following a deflection. Alone in the box against the keeper, Pickett drilled the ball into the low left corner—sending her team and the crowd into a frenzy.

Pickett, while not a member of Canada’s Olympic winning team, has represented the red and white at the 2012 FIFA U17 World Cup and the 2014 FIFA U14 World Cup.

Also on Saturday, the Portland Thorns extended their undefeated streak to seven games with a 1-1 draw versus the Orlando Pride.

The Thorns were playing without Christine Sinclair, who along with the other members of Canada’s Olympic gold-winning team have yet to return to action.

Jodie Taylor opened the scoring with a well-placed header to give the Pride the early lead. Portland responded with a header of its own as Simone Charley knocked in the equalizer in the 78th minute.  Portland, which hasn’t lost a game in nearly two months, leads the league with 19 points in 14 matches.