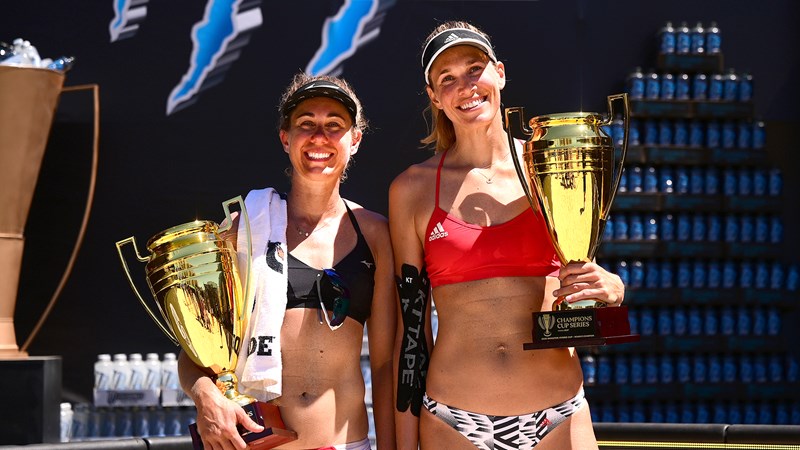 Pavan of Toronto and Humana-Paredes of Kitchener, Ont., lost in consecutive sets to the American Olympic medal favorites.

It was the second beach volleyball tournament since the COVID-19 pandemic halted sporting events. Ross and Klineman, the second-ranked team in the world, also won the AVP Monster Hydro Cup in the sport’s return.  The Americans took the first set 21-15 and sealed the triumph in a closely contested second set 21-19.

Earlier in the day, the Canadian duo beat Toronto’s Brandie Wilkerson and her American partner Sara Hughes 24-22, 21-19 in the semifinals.

Meanwhile, Chaim Schalk of Red Deer, Alta., and his American partner, former NBA player Chase Budinger, were eliminated from the competition in three sets to Theo Brunner and Casey Patterson.

The Wilson Cup is the second in a three-weekend series of AVP events as part of the 2020 AVP Champions Cup Series.

The triumph is the ninth all-time for the Ross-Klineman pairing, which also won the AVP’s Monster Hydro Cup last weekend. The duo won three AVP championships in 2019 and four events in 2018. For Ross as an individual, the Wilson Cup title is her 38th-career victory. It also denotes the 57th individual Trojan AVP women’s win and marks the 44th event won by at least one female USC athlete.

Between Ross and USC Beach All-Americans Sara Hughes and Kelly Claes, at least one USC player has won 22 of the last 40 AVP events since the 2015 season. With the initial 2020 AVP season cancelled due to the COVID-19 world pandemic, the organization pivoted to hosting three events in Long Beach to comprise the 2020 AVP Champions Cup Series