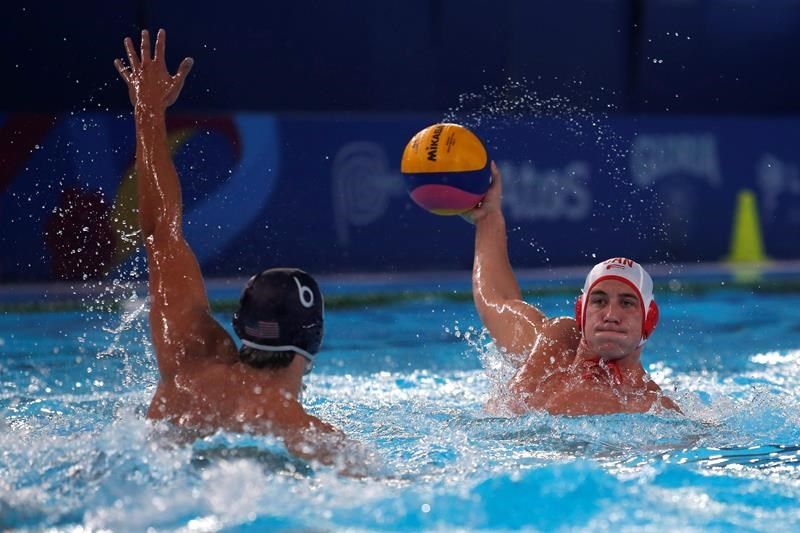 In a match many contemplated a must-win for Canada, five men scored twice in a tournament-opening 11-7 triumph over Brazil on Sunday at the FINA water polo Olympic qualifier in Rotterdam, Netherlands.

Sean Spooner had a pair of goals in the first period and team captain Nic Constantin-Bicari, Aleksa Gardijan, Jérémie Côté and George Torakis followed, with the latter named man of the match. Gaelan Patterson also scored in the final quarter for a Canadian squad seeking its first Olympic berth since 2008.

“We played well as a team today,” Gardijan told Water Polo Canada. “Our defense limited [Brazil’s] chances and we were able to stay focused throughout the game.”

Canada, ranked 13th in the world, is also facing No. 6 Montenegro, No. 8 Greece, Georgia and Turkey in group play at the week-long event. Greece and Montenegro, in no particular order, are expected to secure the top two spots in Group A, with two other teams also advancing to the crossover quarter-finals on Feb. 19.

“There’s a monumental difference between placing third or fourth in the group,” CBC Sports analyst George Gross Jr. said earlier this week. “The fourth-place finisher will cross over to play [likely Group B winner] Croatia [ranked No. 2] and it’s goodbye Charlie, but the team finishing third is going to draw a [favorable opponent].

“Turkey is a winnable game and Canada has to win against Brazil and Georgia. Canada is probably the better team [than Turkey], based on results in 2018 and 2019.”