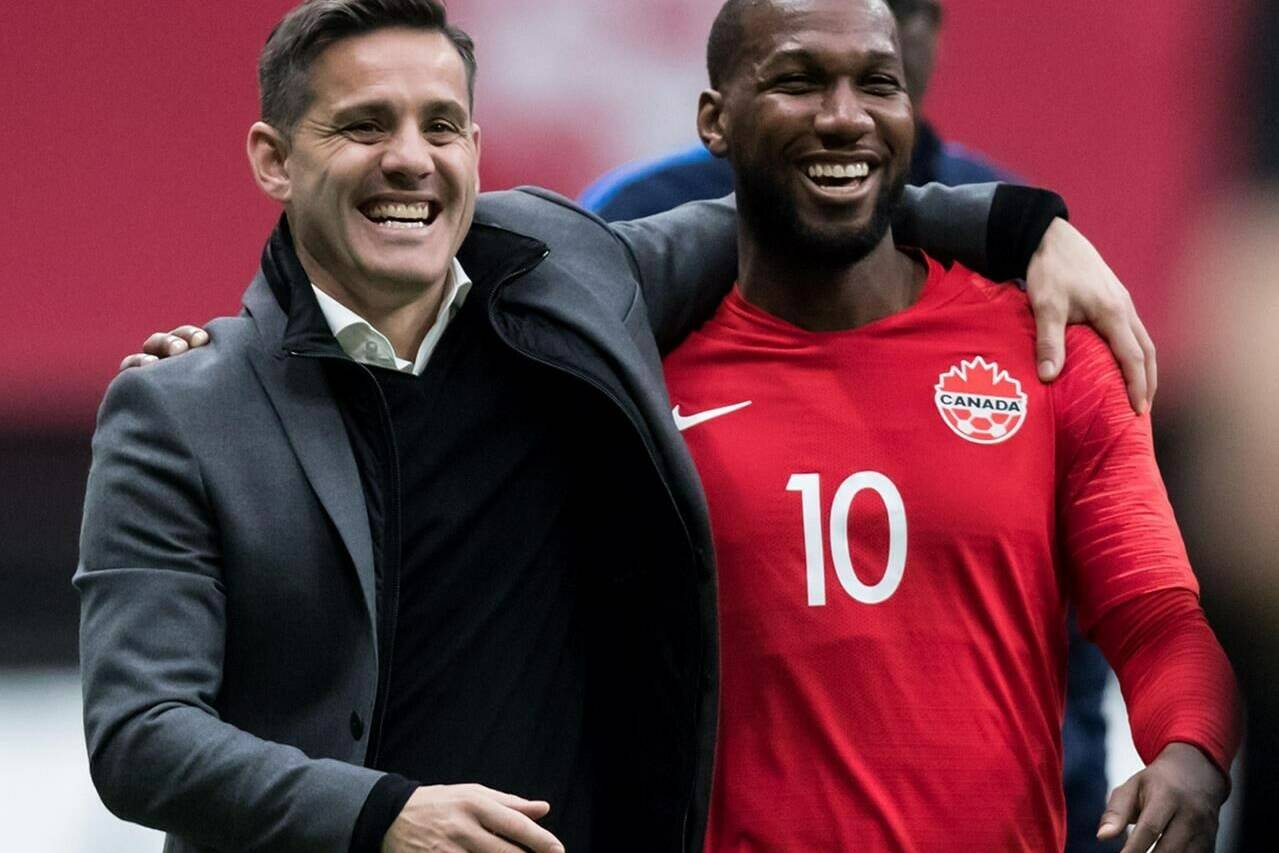 Canada continues its climb up the world soccer ladder, moving eight spots to No. 51 in the latest FIFA rankings.

It’s the highest position for the Canadian men since they were 53rd in October 2009. The country’s best ranking was No. 40 in December 1996.

Canada currently sits fourth in CONCACAF, behind Mexico (No. 9, unchanged), the U.S. (No. 13, down four) and Costa Rica (No. 44, unchanged). The Canadians moved past Jamaica in CONCACAF, which covers North and Central America and the Caribbean, with the Reggae Boyz falling nine places to No. 59.

John Herdman’s team started the year in 72nd place and has risen 19 positions over the last two updates.

Canada visits Mexico and Jamaica before hosting Panama (No. 68, up six) when World Cup qualifying returns next month.

Belgium stays atop the rankings with Brazil at No. 2. England moves up one spot to No. 3 at the expense of France. Italy and Argentina are unchanged at Nos. 5 and 6, with Portugal leapfrogging Spain to take over No. 7. Mexico and Denmark complete the top 10.

France paid for a mixed month in World Cup qualifying (a win and two draws), letting England (two wins and a draw) to crack the top three for the first time in nine years.

Libya was the biggest mover in the new rankings, vaulting 12 places to No. 110. Canada was the next biggest climber.

The Canadian men went 1-0-2 in World Cup qualifying, tying the U.S. and Honduras (No. 63, unchanged) and blanking El Salvador (No. 65, down one), since the last FIFA rankings were released Aug. 12

Canada has gone 8-2-2 since the May 27 rankings, losing only to the U.S. and Mexico at the Gold Cup.

In February 2002, Canada jumped 19 places to No. 73 in the rankings, courtesy of a third-place finish at the Gold Cup. At the time, it marked Canada’s quickest climb up the world soccer ladder since winning the 2000 Gold Cup, when it rose 24 spots to 61st overall.

Canada’s lowest-ever ranking was 122nd, which it dubiously reached in both August and October 2014.

The Canadian women, gold medalists at the recent Tokyo Olympics, are currently ranked sixth by FIFA.