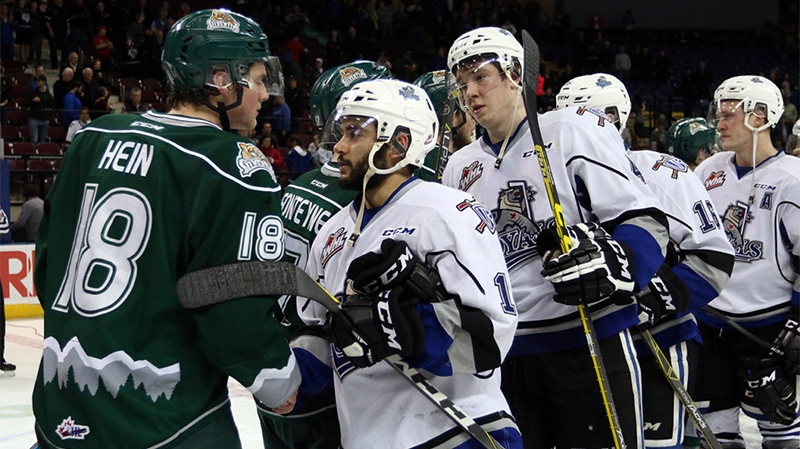 The Canadian Hockey League season was suspended Thursday due to the coronavirus pandemic.

The Sarnia Sting are done for awhile and maybe for the rest of the campaign.

The OHL campaign was suspended indefinitely Thursday to try to prevent the spread of the coronavirus.

“The balance of the 2019-20 season and all hockey activity shall be paused immediately until further notice,” the CHL said in a statement.

The Sting have six matches left in the regular season, including four at home. They’ve already been eliminated from playoff contention.

If the regular-season games aren’t rescheduled, their season would be over.

The Sting were scheduled to host the Owen Sound Attack on Friday and the Erie Otters on Sunday.

A Sting official said co-owner and head coach Derian Hatcher and general manager Nick Sinclair would not comment because all information on the suspension is supposed to come from the OHL.

“In the best interest of the health of our players, member team staff, billets, on- and off-ice officials, our great fans as well as the general public, we deemed this to be the best course of action, effective immediately,” OHL commissioner David Branch stated. “We will continue to monitor ongoing public health developments regarding COVID-19 in the hope of continuing play at a point when it is safe to do so.

“We thank all Ontario Hockey League players and their families as well as staff and fans from across the league for their patience and encourage everyone to take the necessary precautions to ensure continued health and wellness.”

Also, the Ontario Federation of School Athletic Associations will hold discussions Friday to determine the status of its March championships.

Break, but all Ontario schools were ordered Thursday to stay closed for two weeks after next week’s break. The ‘AAA’ hockey championships have already been cancelled.

Australian GP called off due to coronavirus fears