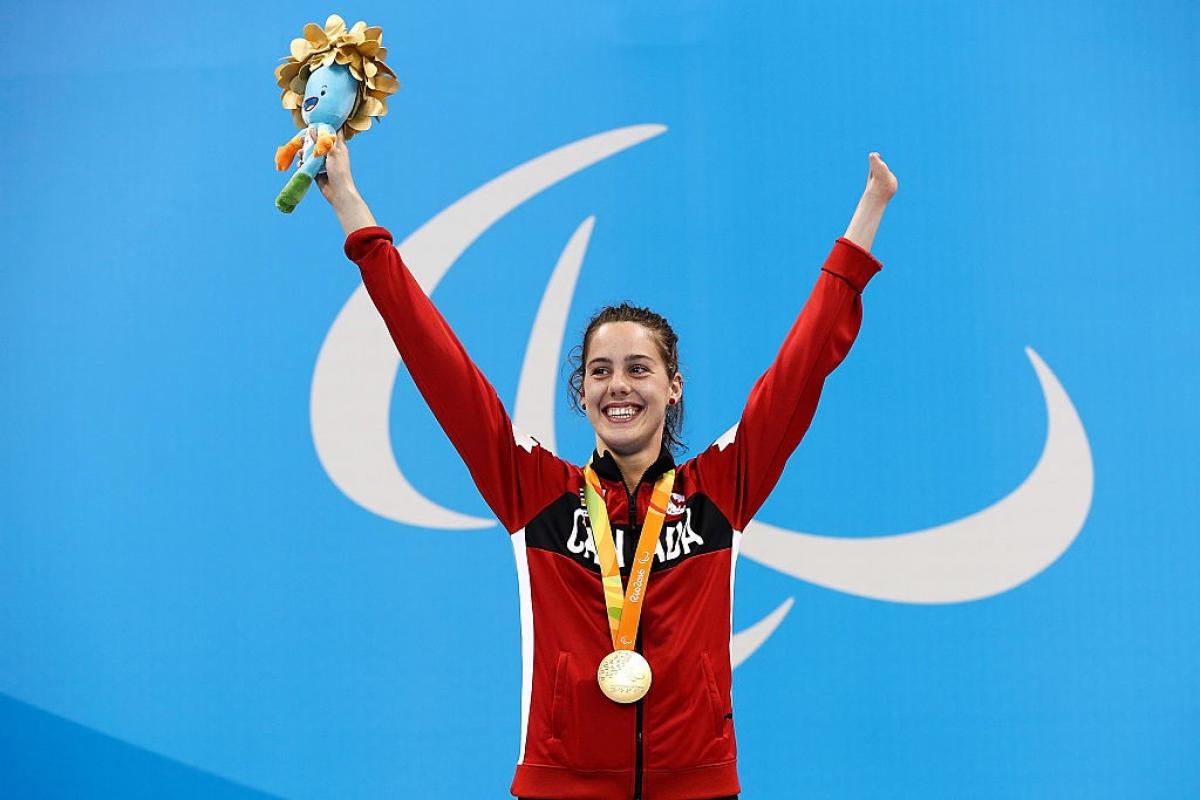 Canadian world-record holder and five-time Paralympic medalist Aurélie Rivard is off to the women’s 50m freestyle S10 final at the Tokyo Paralympics.

Rivard, who won gold in the event at Rio 2016, placed second in her heat at 27.74 seconds — more than half a second slower than her world-record time of 27.37 seconds.

The Saint-Jean-Sur-Richelieu, Que., native will attempt to defend her Paralympic title in the final on Wednesday at 6:12 a.m. ET.

Rivard is Canada’s most decorated female Paralympian in Tokyo after finding four podium in Rio. But she enters Tokyo with some questions having not competed in a meet for 18 months due to the pandemic.

“To be honest, just for me, having rivals next to me is a bonus and a good thing, because I haven’t had any for almost two years,” she told the Canadian Press ahead of Tokyo 2020.

The 25-year-old was Canada’s closing ceremony flag-bearer at Rio 2016.

Meanwhile, Shelby Newkirk of Saskatoon missed out on the women’s S6 50m butterfly final by three one-hundredths of a second. Her time of 35.50 seconds was sixth in her heat and ninth overall. The top eight reach the medal race.

Newkirk, 25, will also hop in the pool for the 100m freestyle and 100m backstroke in Tokyo.

Canada’s youngest Paralympian, 17-year-old Nicholas Bennett, failed to advance out of qualifying in the men’s S14 100-metre butterfly. The Parksville, B.C., native placed seventh in his heat in 58.38 seconds.

Canadian Angela Marina, swimming in the women’s S14 100m butterfly, also missed the final after her time of 1:12 to conclude fifth in her heat. Fellow Canadian Alec Elliott won’t swim for a men’s S10 50m freestyle medal after also placing fifth in his heat at 25.22 seconds.