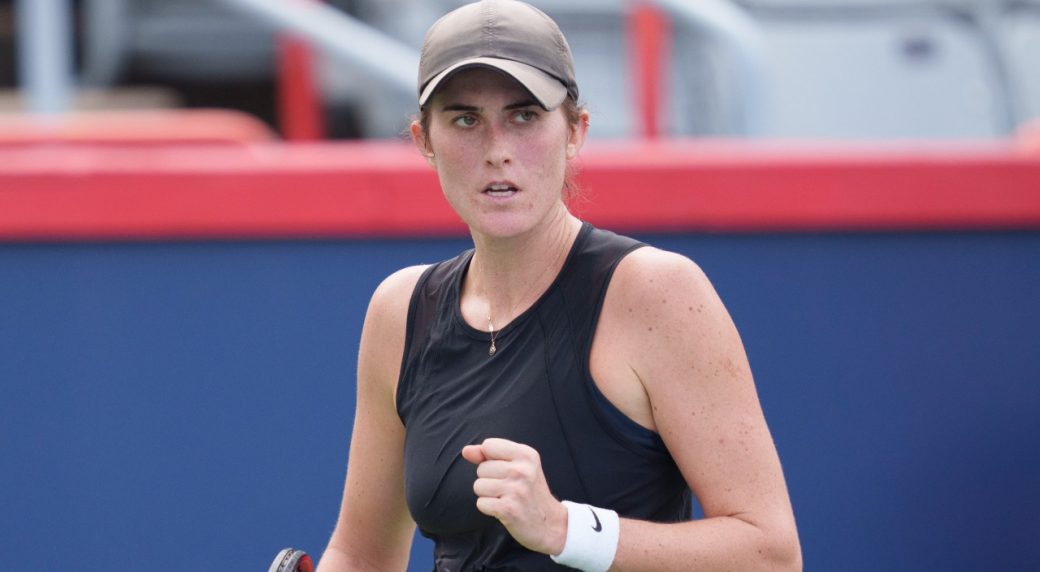 Rebecca Marino knows she’s been raising eyebrows with her play at the National Bank Open in Montreal this week.

First, the 30-year-old wild card entry upset No. 16 seed Madison Keys in consecutive sets to advance to the second round. Then, on Wednesday, she dispatched Paula Badosa of Spain, No. 31 in the WTA rankings.

“Any time you can beat a girl who’s in the top 100, top 50, it’s something to feel good about, particularly as I’m building my ranking back up,” said Marino, who came into the tournament ranked 220th in the world.

This week’s performance has been an important one for the Vancouver native.

Marino attained a career-high No. 38 WTA ranking back in 2011, but stepped away from the sport for nearly five years to deal with depression.

“It’s nice to get those back-to-back wins. But I feel like I’m no longer a surprise, everyone kind of knows who I am,” she said. “But at least it demonstrates to me that I belong back at this level. I really believe that. And now I have the evidence.”

Marino struggled early Wednesday and Badosa jumped out to a 4-0 lead in the first set.

But the Canadian settled in and battled back, taking the second set and breaking Badosa twice in the third before sealing the two-hour, 14-minute match with an ace to advance to the third round.

Marino saved 11-of-17 break points across the match and hit nine aces, while Badosa had 10 double faults and saved 5-of-10 break points.

“I’m really, really proud of that performance, for turning it around and obviously for reaching the third round here,” she said.

Marino will face Aryna Sabalenka of Belarus in the round of 16 on Thursday.

While Marino’s confident in how she’s been playing, she knows Sabalenka represents her biggest test yet at the tournament.

“I feel like I’m the underdog in all these matches,” said the Canadian. “I feel like I can’t sell myself short, so I’m just going to try to step up to the plate, do my best against her. That’s a bit of a tall order, but you know, if I just come play my A-game, I feel like I can stand with all these girls.”

Marino didn’t get much of a rest after defeating Badosa Wednesday. Hours after her win, she was back on the court with Montreal’s Leylah Annie Fernandez to face American Ingrid Neel and Elixane Lechemia of France in women’s doubles.

Fernandez and Marino won 5-7, 6-3, 10-2 in an hour and 29 minutes, and will meet Sabalenka and Germany’s Elise Mertens in the third round Thursday.