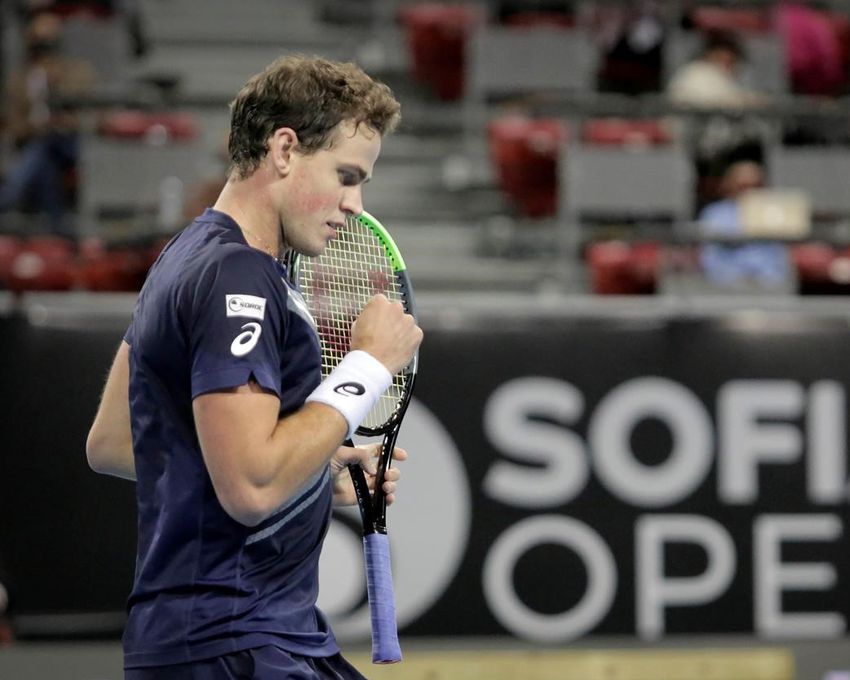 Canadian Vasek Pospisil was halfway to the second round at the National Bank Open before falling to Tommy Paul of the United States in three sets on Monday.

Pospisil, ranked 61st in the world, started slow as the 56th-ranked American broke him to open the match before the Canadian put a shot long and fell behind 2-0.

The 31-year-old Pospisil got over his shaky start, though, and rebounded with two aces on his next service game — seven in the opening set — and eventually broke Paul’s serve for the first time to make it 4-4.

The Vancouver native grabbed his first lead at 5-4 and was constant enough the rest of the way to win the tiebreak and take the set in just over an hour.

After a seven-minute break between sets, Pospisil found himself in a similar situation to start the second after not being able to hold serve, putting a forehand long to fall into a 2-0 hole.

He was able to break Paul’s next serve only to give it back, and appeared to be cramping when Paul held serve to go up 4-1.

Pospisil, in the tournament as a wild card, wound up with four double faults and was broken three times on his way to dropping the set in 35 minutes.

Pospisil spent time between the second and third set with a fan under his shirt in an apparent attempt to cool down from the heat. He also met with medical staff in the third while trailing 2-1, but continued to push through whatever might have been ailing him as the crowd cheered him on with every serve.

Paul stayed determined not to let Pospisil gain any momentum, and broke the Canadian one last time to go up 5-3 holding serve for the match.

Pospisil battled three break points but couldn’t escape elimination as Canada’s most decorated Olympian Penny Oleksiak watched from the crowd on hand in Toronto. Up next for Paul is 10th-seeded Roberto Bautista Agut of Spain, who has a first-round bye.