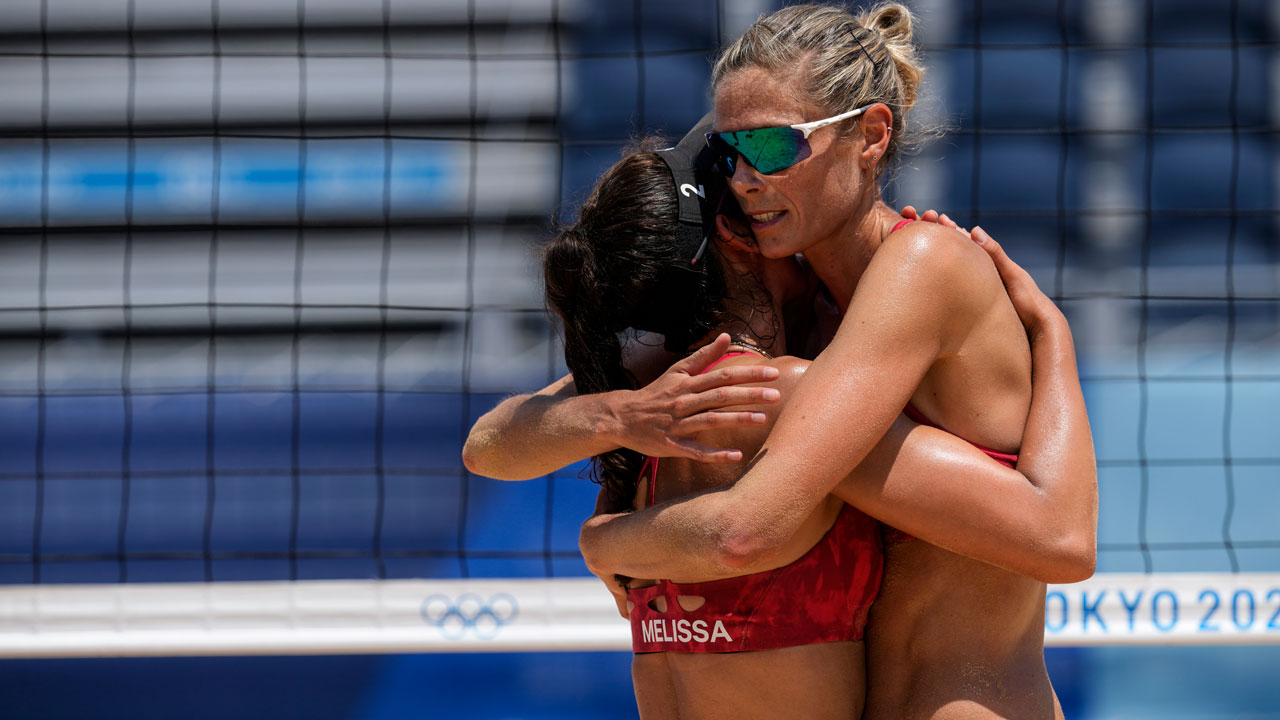 Canadians Sarah Pavan and Melissa Humana-Parades remained unbeaten at the Tokyo Olympics with a straight-sets (21-13, 24-22) triumph over Switzerland’s Joana Heidrich and Anouk Vergé-Dépré on Wednesday in Tokyo.

With both teams entering the match with an undefeated record in Pool A, the contest decided who would take top spot entering the knockout stage. The top two teams from each pool, plus four wild cards, advance to the single-elimination round of 16.

The Canadian duo improved to 3-0 in the tournament to finish pool play. The Swiss held on with desperation in the second set and managed to save four match points, but a timely block from the six-foot-five Pavan gave Canada the victory.

Pavan racked up nine attack points, and her physical presence had an enormous impact once again.

The reigning world champions took a commanding 11-6 lead early in the opening set, frustrating the Swiss and forcing them to commit uncharacteristic errors.

Switzerland started to find their footing and notched an ace to temporarily shift momentum, but the Canadians quickly started to pull away en route to a 21-13 opening-set victory.

Pavan clinched the set for Canada with a powerful spike, prompting an immediate celebratory yell from Humana-Parades.

The Swiss responded by taking an 8-5 lead to start the second set, but it wasn’t long before the Canadians re-established their rhythm and began to claw back, tying the match at 10 apiece.

A back-and-forth battle ensued until Pavan came through with a block to put Canada in position to win with a 19-17 advantage. Switzerland dug their heels in and saved two match points before firing back an ace to tie it up 20-20.

Switzerland saved two more match points but were unable to overcome the Canadian pressure, as Pavan secured the 24-22 victory in the second set with another highlight block. The Canadians were coming off a victory over Germany’s Julia Sude and Karla Borger after starting the tournament with a win versus Katja Stam and Raisa Schoon of the Netherlands.