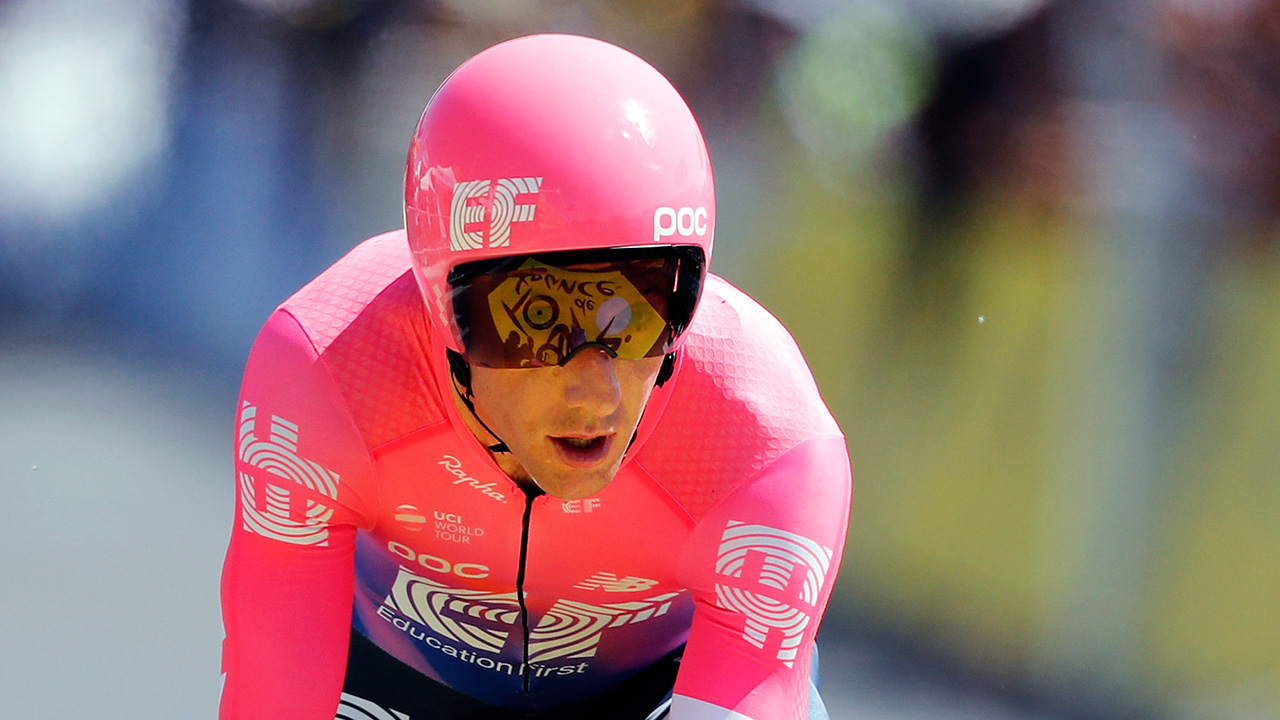 Founded in 2014 as the Israel Cycling Academy, Team Israel Start-Up Nation is co-owned by Canadian-born Sylvan Adams, a former Canadian Masters cycling champion who immigrated to Israel in 2015.

Woods, who has been riding for EF Education First, said Adams and team performance manager Paulo Saldanha were major factors in his move. “Paulo and Sylvan are the reason that I am a pro cyclist today,” Woods said in a statement. “I first met Paulo in 2013, and he immediately took me under his wing. He pushed me to quit my jobs (as a bank teller and at a bike shop), and he told me I had the ability to be a pro.

“Because of my age (27 at the time), I was too old to qualify for government grants or get a place on a development team. It was difficult for me to justify leaving my job. However, Paulo connected me with Sylvan, and the two of them invested in me when nobody else would. Through their support and belief, I managed to rise through the cycling ranks and make it to the highest level of the sport.”

Froome, a four-time Tour de France winner who currently rides for Team Ineos, will be the cornerstone of the team beginning in 2021.

“He will be an indispensable super-domestique to Chris Froome’s Tour de France bids beginning next year and will have an equally important role as our team leader in classics and monuments,” Adams said.

Woods’ cycling resume include a victory in the 2019 Milano-Torino one-day race, a stage win at the 2018 Spanish Vuelta, a bronze medal in the road race at the 2018 world championships and a second place at the historic Liege-Bastogne-Liege one-day race in Belgium in 2018.

Woods, a 33-year-old from Ottawa who now makes his home in Andorra, joins fellow Canadians Guillaume Boivin, Alex Cataford and James Piccoli on the ISN team. “Michael will be a strong weapon on our squad as he has a great capacity to win at the highest level, while also having an extremely positive impact on team culture.” said Saldanha.

Woods was sidelined earlier this year when he broke his femur in a high-speed crash March 12 in the Paris-Nice race but is back racing again.