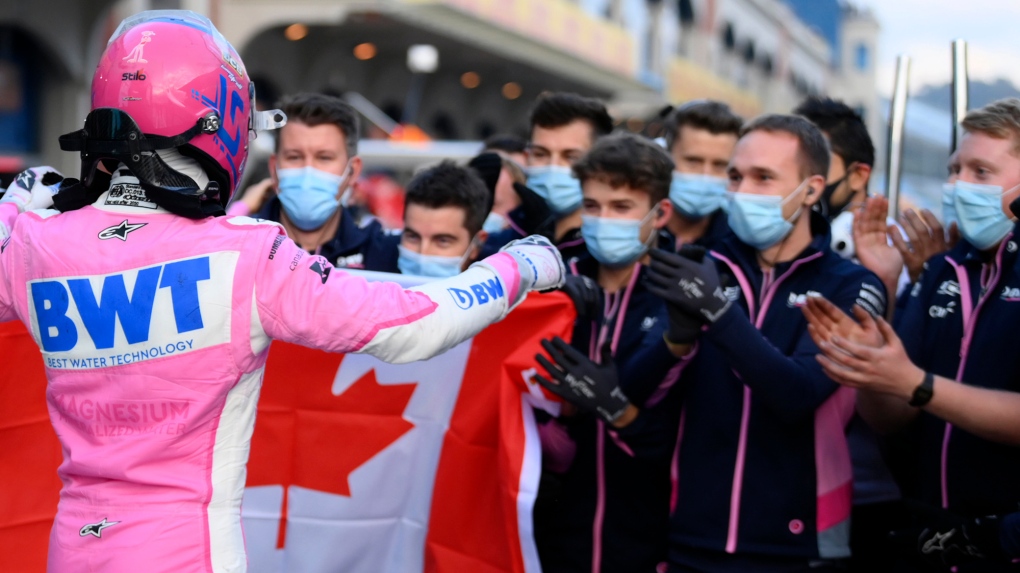 Lance Stroll took the first pole position of his Formula One career at a rain-soaked and chaotic qualifying session for the Turkish Grand Prix on Saturday.

The Canadian driver placed 0.3 seconds ahead of Red Bull’s Max Verstappen, who looked certain to take pole after topping the first two sections of qualifying and had the leading time in Q3 when his team aborted the lap to switch him from wet tires to intermediate tires.

“A special moment for me,” Stroll said. “The highlight of my career.”

The move backfired and Verstappen was left feeling bitter and angry at the call, using an expletive over the team radio to describe the tires. Stroll, from Montreal, becomes the first Canadian to take a pole position at an F1 Grand Prix since Jacques Villeneuve accomplished the feat in 1997.

“I can’t really put it into words. I’m shocked,” Stroll said. “I nailed pretty much every corner and put it together.”

The day belonged to Stroll, a much-criticized driver because his billionaire father owns the Racing Point team and because of poor recent form.

Since clinching the second podium of his career at the Italian GP in early September, Stroll failed to finish three consecutive races and placed 13th in the other.

“It’s such a great way to bounce back after a few rough weeks,” stated Stroll, who had the coronavirus last month. “I haven’t scored a point since my podium in Monza. It’s been a rough run, with incidents and COVID. So much has been going on.”

It was a miserable day for Mercedes, with championship leader Lewis Hamilton qualifying sixth and teammate Valtteri Bottas only ninth.

Both Ferraris failed to make it into Q3, with Sebastian Vettel in 12th place and Charles Leclerc 14th. Embarrassingly for Ferrari, Alfa Romeo drivers Kimi Raikkonen and Antonio Giovinazzi both made it into Q3 — using Ferrari engines.