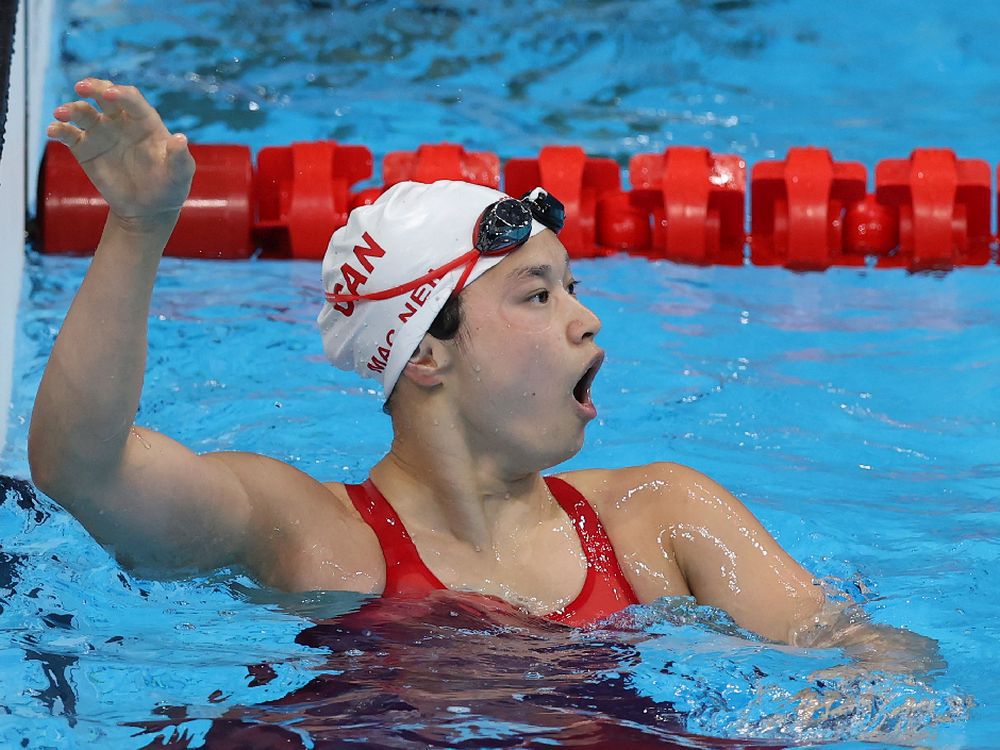 Swimmer Kylie Masse is Canada’s latest medalist in the pool.

The Lasalle, Ont., native narrowly missed the gold medal in the women’s 100-metre backstroke, earning a well deserved silver on Tuesday in Tokyo.

A close race was predicted and it couldn’t have been tighter. Australia’s Kaylee McKeown set an Olympic record with a time of 57.47 seconds. Masse finished just behind at 57.72. American Regan Smith captured bronze with a time of 58.05.

The 25-year-old Masse knew it would take something unusual to win this race.

In the preliminary heats, Masse, a two-time world champion, set an Olympic record of 58.17 seconds, only to see it quickly eclipsed in subsequent races by Smith (57.96) and then again by McKeown (57.88). Masse’s best time coming into today’s race was 57.70.

After winning bronze in this event in Rio in 2016, Masse was very clear what her goal was coming into these Tokyo Olympics.

“I want to go a personal best,” she told CBC Sports. “I want to be the fastest I’ve ever been and I’ll be extremely happy if that happens.”

Despite being the reigning world champion, pundits and oddsmakers didn’t think Masse would win this race, instead focusing on Smith and McKeown, who set a world record at the Australian trials a few weeks ago.

It’s been a magical few days in the pool for Canada, beginning with a silver medal in the women’s 4×100 freestyle, followed by Maggie Mac Neil’s gold in the 100-metre butterfly.

“Momentum is huge. I strongly believe that’s why in 2016 we had so much success,” Masse said before the race. “Seeing one another succeed, it was like, ‘If they can do it, why can’t I do it?’ It made everyone want to do it.”