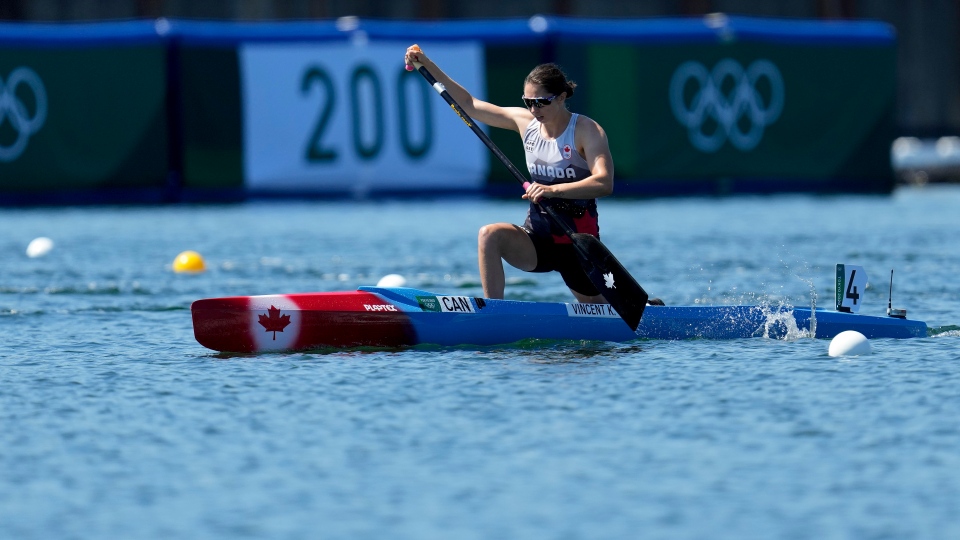 Vincent teamed with Laurence Vincent-Lapointe to earn an Olympic bronze medal in the C2 last month in Tokyo.

Vincent edged Jacome by two and a half tenths in Sunday’s final after posting the quickest semifinal time by almost a second.

“All this hard work for the past few years to get to this point, and now I’m looking forward to the future,” Vincent told canoeicf.com.

“I really feel like this is the beginning. There is a long road to go for me. I’m really looking forward to worlds next year at home, to be the reigning world champion added into a home world championships will be super exciting.”

The 2022 ICF canoe sprint world championship will be held in Dartmouth, N.S.

Vincent-Lapointe, who obtained C1 silver in Tokyo, has collected six of the last eight world titles, but didn’t compete in Copenhagen.

“I have ups and downs since Tokyo,” Vincent said. “There were a lot of emotions and things to process, and there still is. It kept me going and I reconnected with my love for this sport.”

Fisher clinched gold in the women’s K1 500m competition with the New Zealander completing the event in a time of 1min 48.08.

She finished 0.91 seconds clear of Hungary’s Tamara Csipes, who finished as the runner-up. Denmark’s Emma Jørgensen won bronze in a time of 1:49.85.