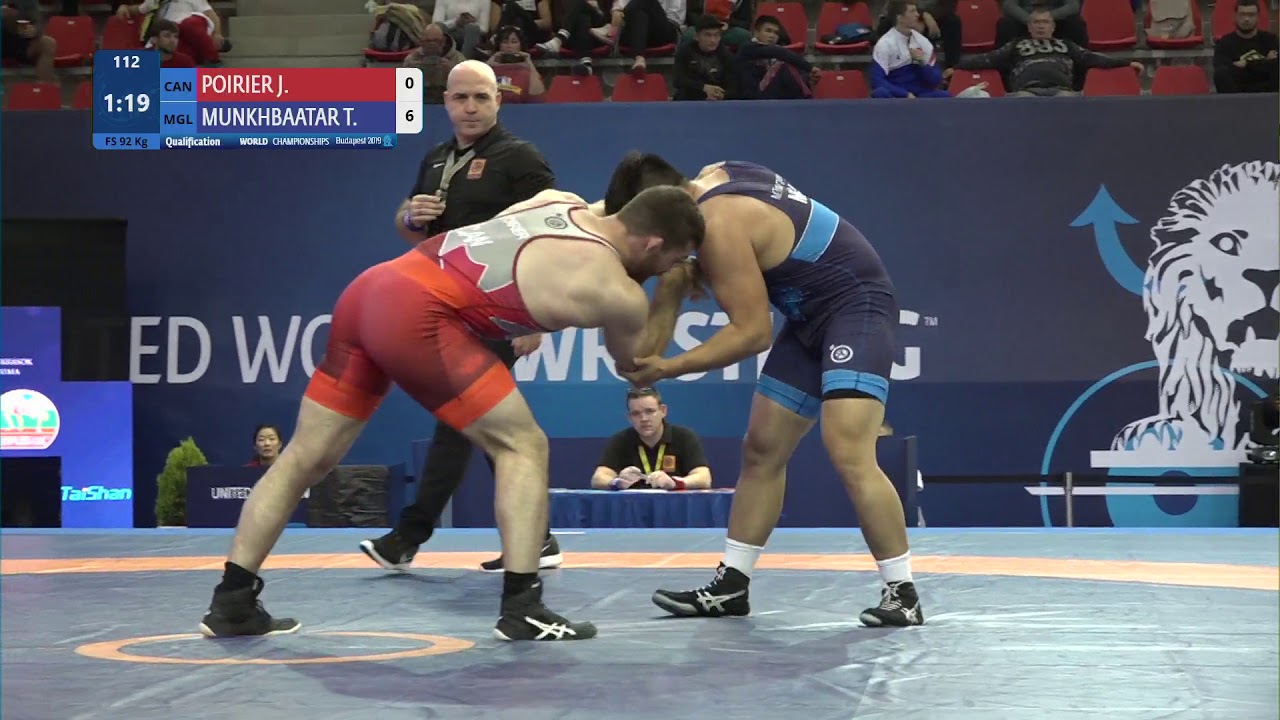 Canadian freestyle wrestler Jeremy Poirier was eliminated from competition at the senior world championships on Sunday in Oslo, Norway.

The Saint-Louis, N.B, native, suffered a 10-0 defeat in his quarter-final match in the 92-kilogram division, falling to U.S. wrestler J’den Michael Tbory Cox.

After a pair of takedowns from Cox, the 24-year-old Poirier trailed 6-0 following the first half and was unable to score any offence throughout.

In his senior world championships debut, Poirier advanced past the round of 16 with a victory by fall just 49 seconds into his match versus Venezuela’s Gilberto Segundo Ayala Rodriguez.

Fellow Canadian Sam Barmish has advanced to the repechage in the 79-kg division following an opening match loss to American Jordan Burroughs.

Barmish later secured a win via forfeit after Kazakhstan’s Bolat Sakayev didn’t show for his round of 16 match. He will meet Russian Wrestling Federation athlete Radik Valiev on Monday for a chance to compete in the bronze medal match.

Canada’s Darthe Capellan was eliminated from the 57-kg division competition following a loss to Japan’s Toshiya Abe in their qualification match.

The 25-year-old of Surrey, B.C., held a 2-1 lead but his opponent was able to turn him twice and quickly turn the match around for the 8-3 triumph.

The world championships started on Saturday and will run through Oct. 10, with Canada represented by a total of 15 wrestlers between the men’s and women’s side. Fellow Canadian Sam Barmish will compete in Monday’s repechage.