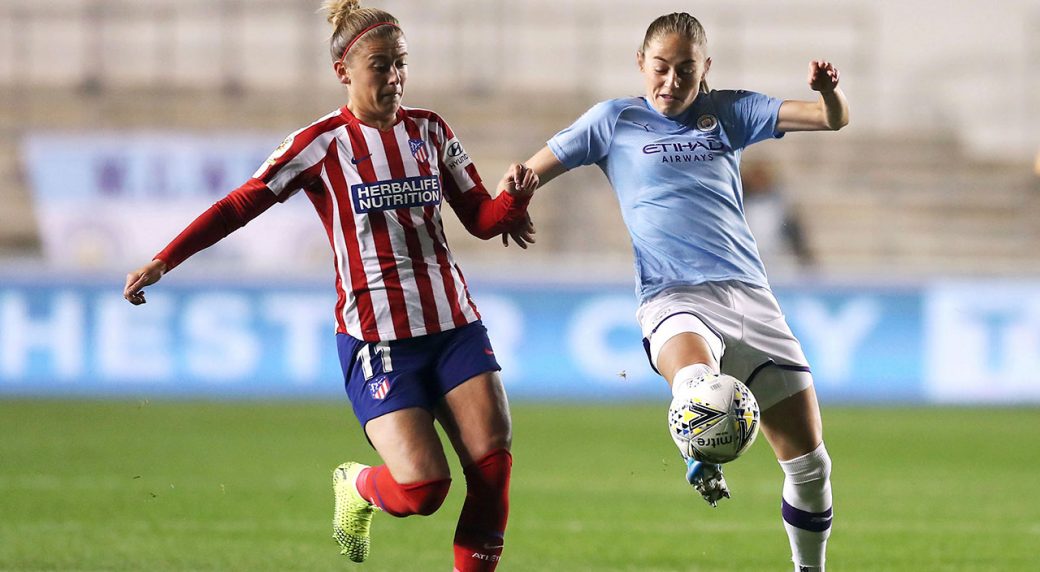 When Janine Beckie was preparing for another campaign wearing the sky blue of Manchester City, it dawned on her that the 2020-21 FA Women’s Super League season would be her sixth as a professional footballer.

“Whoa! That popped up pretty quickly,” the 26-year-old Canadian international stated in a recent interview ahead of Sunday’s FA Cup quarter-final against Leicester City.

As the saying goes, time flies when you’re having fun.  Armed with a new two-year extension signed in April, Beckie is embarking on perhaps her most exciting and challenging season yet.

Though City lost last year’s WSL title to Chelsea in a COVID-19-shortened season (based on a points-per-game formula), they’ve already locked down a spot in the UEFA Women’s Champions League and are going for their third FA Cup in four years.

Should they rout Leicester CIty at Sutton Park on Sunday, it sets up a home semifinal versus the winner of north London rivals, Tottenham and Arsenal.

“As an athlete you want to play for championships and for trophies. Just being in England, to participate in the FA Cup, it’s quite historic. It’s the tournament that carries the most weight,” Beckie said.

“It’s incredibly difficult to win a league title in the WSL or the Premier League, but to get all the way to the FA Cup final and retain that trophy would be really special for us. We definitely have the squad to do it.”

Manchester City received a talent injection in August with the addition of World Cup champions Rose Lavelle and Sam Mewis from the United States. The move reunites Beckie, a dual Canadian-American citizen, with Lavelle, a former youth teammate in Colorado.

“Whenever you bring in world-class players, it’s obviously exciting for everyone around them,” said Beckie. “And two more North Americans on the team, so I was happy.”