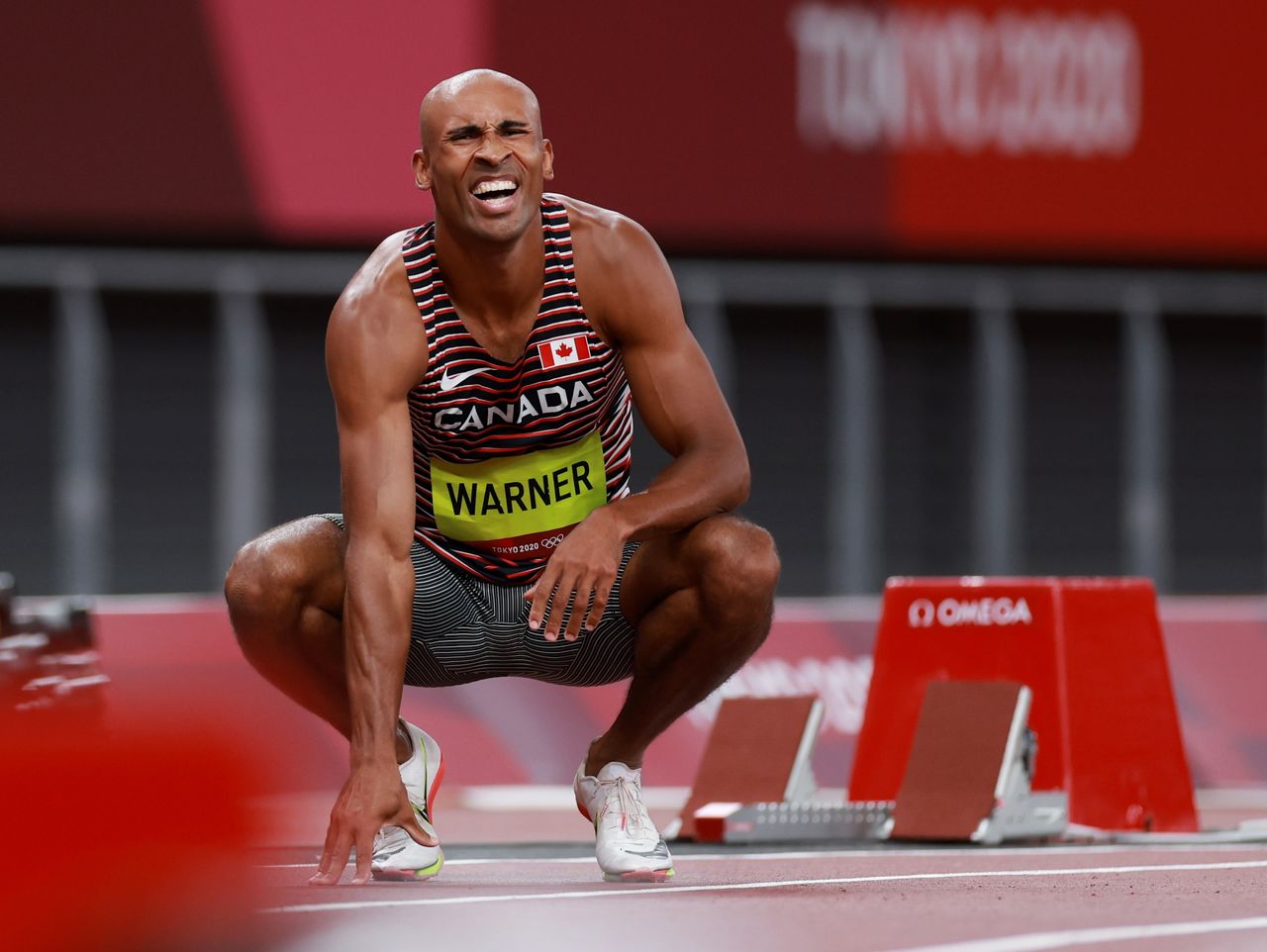 Canada’s Damian Warner picked up right where he left off in the decathlon. Now, he’s two events away from a gold medal.

The London, Ont., native recorded an Olympic best — his third through eight events in Tokyo — with a time of 13.46 seconds in the 110-metre hurdles on Thursday in Japan. He then posted the third-farthest discus throw in the field at 48.67 metres and cleared a personal-best 4.90 metres in pole vault to keep his spot atop the decathlon standings.

“You go through the whole battle of the decathlon and when you finally finish and you get the result you’re looking for, there’s no greater feeling. If I finish this off, this is a dream come true,” Warner stated.

The Canadian said he was particularly pleased with his pole vault, giving credit to his coaches for helping him improve one of his weaker events.

“They’ve been persistent and stuck with me, and I think there’s a lot more bars in my future, but I’m really happy with how today went and it’s time to finish this thing off,” Warner said.

Fellow Canadian Pierce LePage, a 25-year-old making his Olympic debut, was fifth in Warner’s hurdles heat, seventh overall in discus and eighth in pole vault, but still managed to hold on to his third-place standing entering the day.

LePage’s 7,175 points put him just ahead of decathlon world-record holder and reigning silver medalist Kevin Mayer of France, who is sitting fourth at 7,129.

“If you’re doing not bad in most of your decathlon then you know something good is going to happen at the end,” LePage, of Whitby, Ont., said.

In hurdles, Warner sped to the front of the pack quickly and never relinquished his lead, despite knocking a gate over in the process.

He waved and said hi to partner Jen Cotten, their son Theo and his mom after he crossed the finish line.

Despite the Olympic best, Warner himself has done better, setting the world-best of 13.36 seconds at the Hypo-Meeting in Austria in May. That time helped the Canadian set a national record of 8,995 points overall — the fourth best in history.