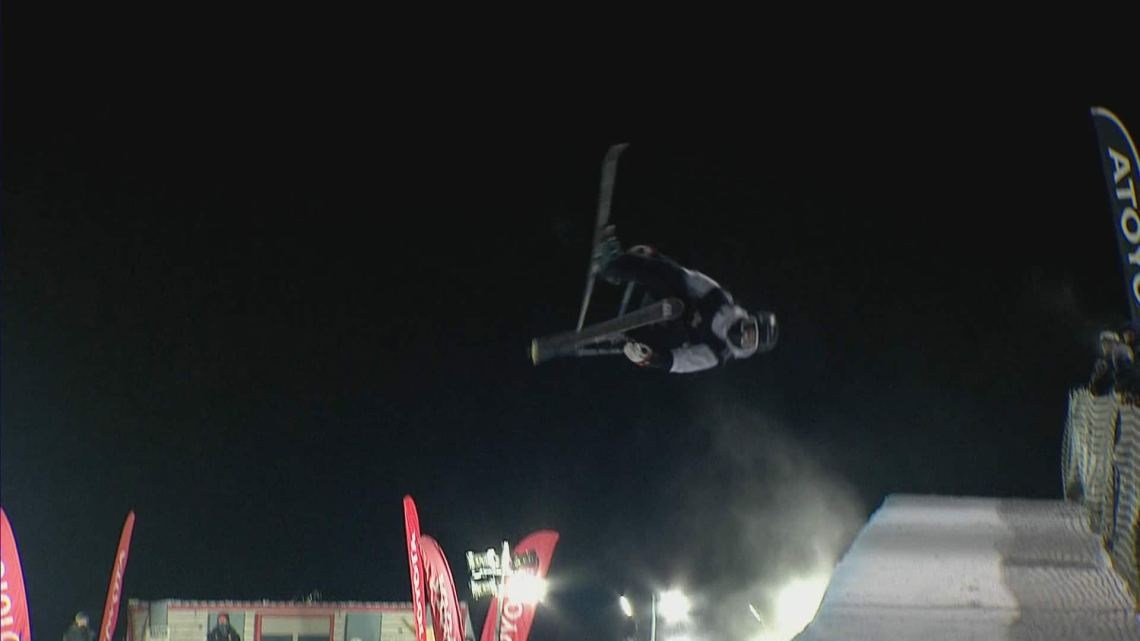 Canada’s Brendan Mackay saved his best run for last en route to winning the gold medal in the men’s ski halfpipe World Cup on Thursday, leading a group of three Canadians to win medals in Calgary.

Mackay, 24, ended ahead of American Alex Ferreira whose best run was at 94.80, while fellow Canadian Simon d’Artois came a very close third place with 94.40 as his best score.

“I’ve been on the Canadian team for seven years and Noah and Simon have been on the team the entire time and been mentors for me and helped me a lot with learning tricks and navigating various things in life,” he stated.

Canada’s Noah Bowman finished fourth with a top score of 90.20.

“I really hope we keep this momentum going,” Mackay said. “We’re all really stoked and just trying to have as much fun at every competition as possible and build momentum going into the Olympics.”

d’Artois improved on every run just as Mackay, scoring 84.40 on his first run, 88.40 on his second and had his best run on his final one.

“I’m towards the end of my career and with Brendan being on the rise, it’s invigorating,” said d’Artois. “It’s tough having to compete against somebody who’s just so consistent and so good, and nails everything. But I couldn’t be more happy for him. He’s just doing all the right things.”

On the women’s side, Canadian Rachael Karker continued her run of podium finishes, taking bronze in the women’s event.

“I knew I had to give it my all on my last run,” she said. “I’m super motivated. This is only the beginning and I’m looking forward to my next challenge.”

She finished just behind American Hanna Faulhaber who placed second with a top score of 92.80, and the winner, China’s Gu Ailing Eileen who topped the board at 96.80 to add to her medal haul. Gu won gold in a previous World Cup event just weeks back.

“Leading up to the Olympics, I think that being able to manage pressure is the single biggest thing that I could improve on and I’m really, really happy with my progress this season,” Gu said.

Canada’s Cassie Sharpe, the Olympic champion in the event, placed seventh with a high score of 25.40. Sharpe returned to competition earlier in December for the first time since suffering a pair of knee injuries and a fractured femur following a fall at the Winter X Games in January.