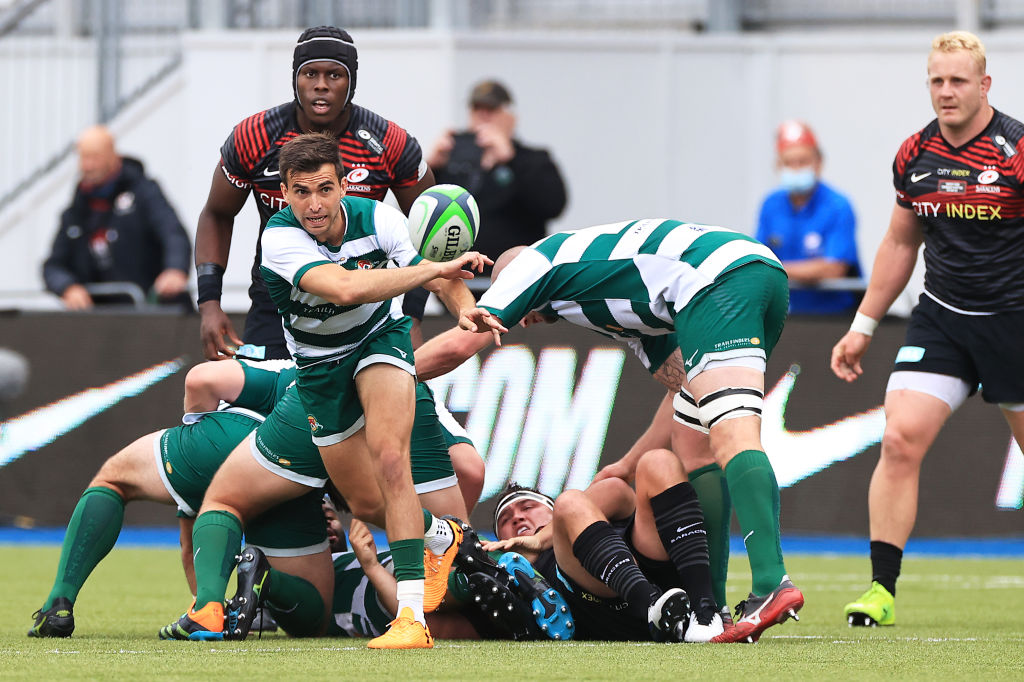 Canada and the U.S. Eagles will both be missing players from their starting lineup when they kick off their two-legged Rugby World Cup qualifying series Saturday in St. John’s, N.L.

Star fly half A.J. MacGinty, who had been tabbed to captain the Eagles, will start on the bench after travel complications. Canada coach Kingsley Jones, meanwhile, is without lock Kyle Baillie, wing Cole Davis and prop Jake Ilnicki, who are not 100 per cent fit.

The 16th-ranked Eagles and 22nd-ranked Canadians will meet again Sept. 11 in the return leg in Glendale, Colo. The aggregate winner will move on to face No. 17 Uruguay in early October to determine who slots into Pool A at the 2023 World Cup in France in Pool A alongside No. 2 New Zealand, No. 5 France, No 14 Italy and Africa 1.

The loser of that October series has another opportunity to qualify, as does the Canada-U. S. loser, although the route becomes more complicated.

MacGinty, who plays his club rugby in England for Sale Sharks, was not expected to arrive in St. John’s until later Thursday.

“It has been a bit of a nightmare for A.J., just in terms of the fact that it has taken him so long to get in here,” U.S. coach Gary Gold said Thursday. “But the good thing is he’s been in the States for a few days so he had had an opportunity to acclimatize.”

“He will be available for us [off the bench] which is good news, but it’s been a bit of a challenge to say the least,” he added.

Will Magie of the Austin Gilgronis will start in MacGinty’s place.

Flanker Lucas Rumball, one of 11 Toronto Arrows players in the matchday 23, will captain Canada with Arrows teammate Ben LeSage as vice-captain.

There are three Toronto players in the forward pack and three in the backline, not counting wing Kainoa Lloyd who is a former Arrow. Five others are on the bench.

“It’s definitely given us a little bit of cohesion,” Jones said of the Toronto contingent.

Arrows centre Spencer Jones and wing Brock Webster, from the Canada sevens program, both start and earn their first caps. Toronto forward Mason Flesch and scrum half Jason Higgins could debut off the bench.

Canadian fly half Peter Nelson will serve as kicker, with Cooper Coats also available if needed. Jones can also kick.

With the pandemic interrupting rugby’s international agenda, both teams have played just two matches — during the July test window — since the 2019 World Cup.