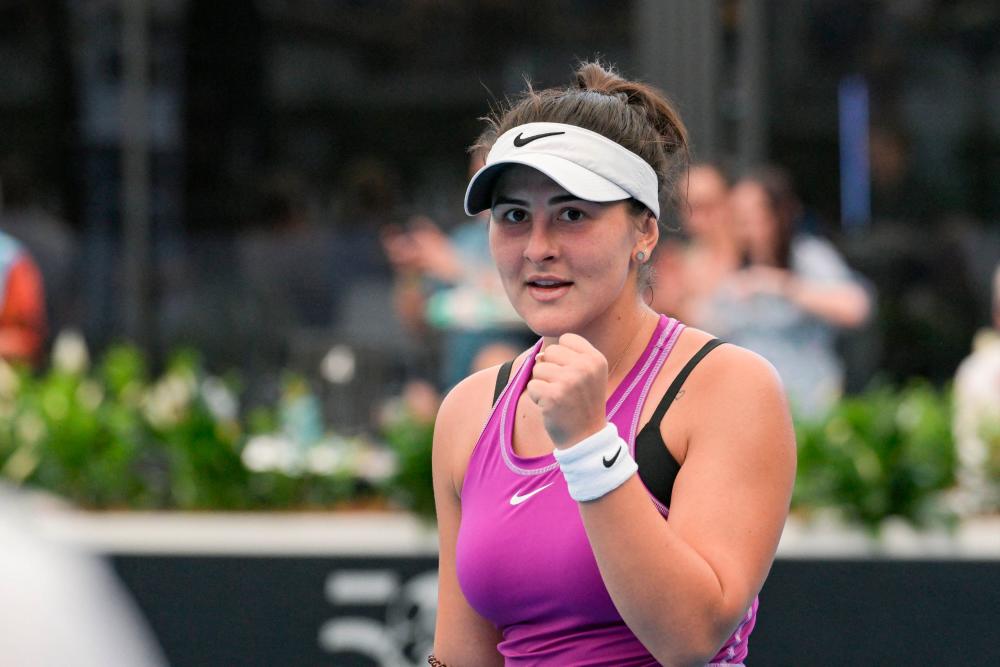 Despite the comeback triumph that landed her in the round of 16, Bianca Andreescu ran out of magic in Australia on Wednesday.

The 22-year-old from Mississauga, Ont. was eliminated from the Adelaide International tournament in consecutive sets (6-4, 6-0) by Russia’s Veronika Kudermetova.

Andreescu, the 2019 US Open Champion, was off to a hot start after winning the first four games of the match, but her momentum was quickly halted as Kudermetova roared back taking the next six to seal the first set.

In the second set, the Russian took all six games, and Andreescu, after a comeback of her own versus Garbiñe Muguruza in the previous round, found herself on the losing end of the scoreline.

The Canadian struggled to capitalize when the service was in her favor. While in possession of the serve, Andreescu committed a pair of double faults and surrendered 30 points to her Russian opponent, while only tallying 21 for herself.

Kudermetova moves on top the quarterfinals to face the winner of the match between Jeļena Ostapenko and Irina-Camelia Begu.

On the men’s side, Daniil Medvedev defeated Miomir Kecmanovic 6-0, 6-3 to reach the quarterfinals.

The former world No. 1 — now ranked No. 7 — had an easy time on Wednesday for the Russian’s third victory in three tries versus the 29th-ranked Serbian.

Top-seeded Novak Djokovic, who has won 30 straight singles matches on Australian soil, will play Thursday for his place in the quarterfinals and a possible matchup versus Medvedev in the semifinals.

Medvedev is seeded third and will face fellow Russian Karen Khachanov for his spot in the semifinals.

“Really happy to be through, happy with my level and looking forward to my next match,” Medvedev said. “Miomir is a tough opponent, high-rep player. There are no easy guys left in Adelaide, not sure there were even in the first round.”

Continuing with the women’s side of the combined ATP-WTA tournament, Aryna Sabalenka and Marketa Vondrousova are set to meet in the quarterfinals after both won on Wednesday.