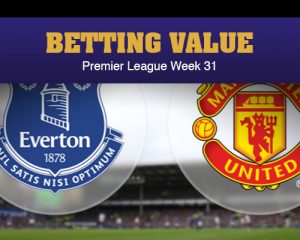 We return to talk about the premier league, a great betting value option we have not focused on much lately. For week 31 Tuesday will see four matches, last match of the day and definitely the most interesting match, Manchester United vs Everton will be a perfect pick both to watch and to bet on.
Zlatan Ibrahimovic, Ander Herrera are back for Man Utd as they host Everton in the Premier League on Tuesday, while Luke Shaw could also be in contention.
Ibrahimovic and Herrera have been suspended for the last few games, with striker Ibrahimovic banned for three matches after his altercation with Tyrone Mings, while Herrera was out for two games after being sent off in the FA Cup defeat to Chelsea.
Meanwhile, Shaw has linked up with the United squad ahead of the clash with Everton having held talks with Jose Mourinho on Monday.
Bookmakers have made this match even more interesting by offering surprisingly high betting odds, combining them with plenty of different games to play.
Manchester United are fifth placed team at the table however their position is endangered by few other teams including their opponent in this match Everton and therefore they are in a must win position in order to stay safe at the top five. This season they played with lots of oscillations but even so they stayed undefeated in their last nineteen matches in a row. In this match they will be weakened for several key players but it won’t affect much to their performances nor to the final outcome of the match.
Get all the latest Sports Betting updates on your social media outlets. Find us on Facebook!
On the other side Everton are only three points away from the top five and hypothetically three points in this match could secure them fifth place at the table after this round. The only down side may be the absence of many key players missing for injuries in this match which could affect to their performances. Therefore the team will be mostly focused on defense, protecting their own goal and trying to use their dominancy in speed and score after a counter attacks.
Neither team may be keeping a clean sheet here, so we’re backing Both Teams to Score at 19/20 alongside a 1-1 correct score predictions at 15/2, due to Manchester United’s poor record of winning at Old Trafford.
Head to Head
Manchester United have won four, drawn two, and lost one of their last seven meetings with Everton.
Man Utd. Vs. Everton Stats
Both teams have scored in 60% of Manchester United’s home games this season, whilst Everton have scored in 73% of their away games but only kept a clean sheet in 27% of them.
Man Utd Team News
Morgan Schneiderlin is a doubt for this game, whilst Seamus Coleman, Ramiro Funes Mori, James McCarthy, Yannick Bolasie, and Muhamed Besic will all miss out.
Everton Team News
Paul Pogba is a minor doubt for this game, whilst James Wilson, Phil Jones, Chris Smalling, and Juan Mata are all expected to be sidelined. Zlatan Ibrahimovic and Ander Herrera return from their suspensions. Find betting value premier league week 31, at BetRegal.net

Last Chance to Win in the Madness