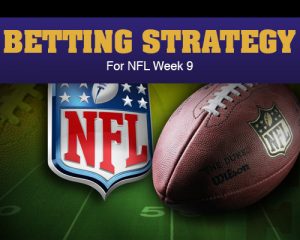 Week 9 of NFL is here, as the games undertake so does a lot of betting opportunities that you don’t want to miss. US football just like any other sport can be maximized for betting purposes with the right strategy in place. A common concept that often you will come across is betting against the spread.
This phrase is used in sports betting to describe a bet against the betting line. Every game has a betting line which favors one of the teams. Betting against the spread means the bettor is using the points and betting on the underdog.
It is a good strategy when the point spread is low, or the bettor believes the team they are betting on can beat their opponent by at least the point spread advertised. If the bettor believes the team will win big, betting against the spread will result in a huge payout. An example of betting against the spread would be if a wager that the New York Giants (-7) would beat the New England Patriots (+7). That means the Giants would have to win by more than 7 points for the individual to win his bet.
Get all the latest Sports Betting updates on your social media outlets. Find us on Facebook!
This weekend is full of action, let’s see some of what’s coming, take into consideration the strategy that was just explained and make the most out of NFL week 9.
A week after three underdogs were able to win outright, several favorites on the upcoming NFL schedule have a legitimate chance to suffer losses. Teams that haven’t won in three weeks like the Minnesota Vikings and Seattle Seahawks are heavy favorites, while the Kansas City Chiefs are the week’s biggest favorites with their backup quarterback under center.
Favorites covered the spread in seven of the 13 games in Week 8. Only three games on Sunday feature a betting line of less than a field goal.
Below are picks against the spread for a couple of games in Week 9. And a few predictions.
Jacksonville Jaguars (+8) at Kansas City Chiefs
The Jaguars are probably a bottom-four team in the NFL, while the Chiefs have a chance to win the AFC West. Kansas City should win somewhat comfortably, but they might have trouble winning by a large margin. Blake Bortles continues to thrive during garbage time, and he could end Sunday’s game with a touchdown for a backdoor cover. The Chiefs’ injuries at running back and Nick Foles starting over Alex Smith at quarterback could also make it difficult for them to win by more than a touchdown.
Prediction ATS: Jacksonville
Detroit Lions (+6) at Minnesota Vikings
The Vikings’ offensive line is finally coming back to bite them, and the resignation of offensive coordinator Norv Turner on Wednesday won’t help matters. Minnesota’s defense might help them beat Detroit, but it will be difficult for them to score enough to win by a touchdown. Matthew Stafford has played like a top quarterback over the last year, and he has a chance to help the Lions pull off the upset.
These are two of the games taking place this Sunday, the action is nonstop, check out the lines, place your bets and take some money home, sign up at regalpoker.com