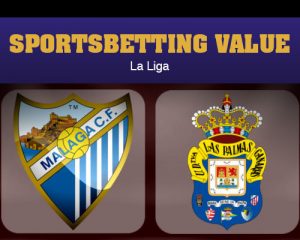 A great football betting opportunity is available this week when Ajax and Manchester United go head to head in the final of the Europa League that is due to take place in Stockholm on Wednesday night with the winner going into next years Champions League.
Ajax looked like they would stroll through to this Europa League final having won the first leg of their semi-final 4-1 at the Amsterdam Arena against Lyon and taken an early lead in the return, but a third goal for Bruno Génésio’s side in the 81st minute made for a nervy finish. It was also far from comfortable for Man Utd, who played out yet another 1-1 draw at Old Trafford after they’d won the first leg at Celta Vigo 1-0.
While Ajax has won all three of their home games since the last-16 stage, they’ve lost all three on the road, at Copenhagen, Schalke and then of course at Lyon. As a result, they could be vulnerable away from the Amsterdam Arena and that’s been the case generally as they’ve won only two of their last eight away in all competitions. What’s more, 18 of the last 22 Champions League and Europa League finals have gone the way of the side we have ranked higher in our gradings.
Manchester United are one of the most successful sides in the history of world football, but there is one competition that has eluded them so far, the Europa League. This Wednesday they get the opportunity to lift the trophy but first, they have to get past an Ajax side, not an easy job.
Get all the latest Sports Betting updates on your social media outlets. Find us on Facebook!
We could expect both of these sides to go into this match with an attacking philosophy but given they have both shown plenty of vulnerabilities at the back, we are backing both teams to score at 21/20.
Jose Mourinho has an exceptional record in winning finals and he will bank on improving that record on Wednesday night. He has won 11 of his 13 finals to date and has already opened his account at Man United when he oversaw a 3-2 win over Southampton in the League Cup final earlier this season.
The Red Devils may have a bit of an injury crisis but they do have one man still available who has enjoyed the Europa League this term. Henrik Mkhitaryan has five goals from his 10 appearances in the competition and he is 11/2 to score first or 2/1 to score anytime – both of which we will be backing.
It’s been a less smooth ride to the final for the Red Devils and since they comfortably passed Saint-Etienne in the first knockout stage of the competition they have seen four of their six matches finish with both teams finding the back of the net.
Ajax has scored an average of 1.71 goals per game in the Europa League this season but their defence away from the Amsterdam Arena in the same competition has seen them concede 1.71 goals per game. United have scored 1.64 goals per game in the Europa League but they have also drawn four of their last six matches in the competition. Sign up at BetRegal.com