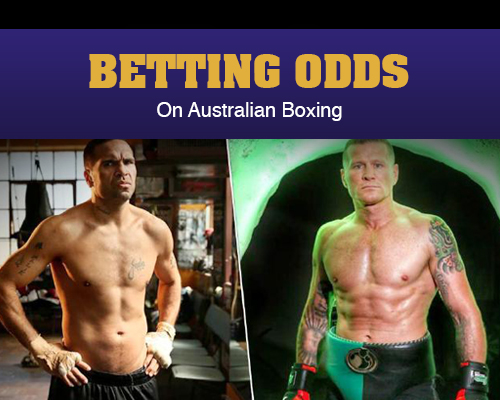 It’s been 11 years since their clashing back in May 2006, this year Danny Green and Anthony Mundine will face off for the second time on Friday Night at the Adelaide Oval, the bell will ring for the re-match of one of the biggest sporting feuds ever seen on Australian soil.
The fight card will begin at 7pm on Friday, February 3rd. The main fight should commence some time between 10 and 11pm.
There are no titles on the line and Anthony Mundine and Danny Green are both north of 40 and well past their of their best, but after a decade of niggling one another about getting back in the ring, Australian boxing’s greatest grudge match is back on centre stage.
Mundine has declared he will be behind locked doors while the national anthem played for his fight against Danny Green. Mundine put his foot down as promoters have sought to find an amicable solution to the Adelaide Oval show’s content since Mundine made it clear he would not stand up for a “racist” anthem.
Mundine received the backing of his father and corner man, boxing great Tony, while promoters confirmed the national anthem would still be played.
Meanwhile, Green spoke of going for a run around Adelaide Oval on Tuesday night as part of his preparation for the bout.
He said he could not be any more impressed with the famous South Australian venue.
Wednesday’s press conference was delayed after Green was stopped to be drug tested, only for Mundine to cheekily suggest that his archrival could do with any help he could get.
Get all the latest Sports Betting updates on your social media outlets. Find us on Facebook!
It was in the vein of the lead-up to what shapes as Australia’s biggest and most hyped-up fight.
Green has shortened to $1.45 to Mundine’s $2.75 with bookmakers yesterday with most punters expecting Green to win via decision, rather than knockout.
Green said he was unmoved by the weight of expectation.
“It is what it is,” he said. “I was a massive underdog against the great Roy Jones Jr but pulled off an absolute shock. “And I’ve been favourite in fights and still lost. You never know. I don’t bet, so I don’t bother.”
But we do, and we care about these things. This time they will fight in the light heavyweight range (83kg), which is seven kilos higher than when they fought the first time. This should give the Green the edge over his bitter rival and the betting market reflects that, Green is a $1.45 (-222) favourite to turn the tables on Mundine, who’s at $2.75. (+175).
Mundine won the first bout in Sydney in May 2006, prevailing in a unanimous points decision, as the pair met in the middle in terms of weight, with the fight held under super middleweight conditions.
History will also be made in Melbourne on Friday night when the first-ever AFL Women’s game will be played between Carlton and Collingwood. AFL W features eight teams playing across six weeks ahead of the men’s AFL season which starts in late March. Find the best betting odds on Australian boxing at Betregal.com.