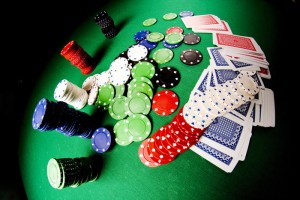 The Donk Lead
What is it?
The donk lead is a term that describes an open bet into the preflop raiser out of position on the flop. This is opposed to the more conventional play of ‘checking to the raiser’.
Why has it become popular?
Ironically the popularization of this move has its roots in the live game. Gus Hansen’s book Every Hand Revealed, in which he records the key hands from his victory in the2007 Aussie Millions main event, is partly responsible for the prevalence of donk-leading.
Gus would say, ‘Well I’ve got second pair and a backdoor flush draw – that’s enough for me to lead out here!’ The second reason for its popularity is again the aggression factor in the online games.
A preflop raise, especially one from late position, doesn’t necessarily mean strength, so flat-calling out of position and then leading into the preflop raiser is seen as a good way to steal the pot.
How to defend against it?
Just as the preflop raise no longer means strength, neither necessarily does the donk lead. In its infancy a donk lead was often a set, with the lead hopefully enticing the preflop raiser (whose raise used to mean strength) to make a big mistake and come over the top.
Now a donk lead tends to be quite polarized between strong hands like sets and hands that are, rightly or wrongly, betting for information and to see where they stand. The latter is often a hand such as second pair (something like 8-8 on an A-7-3 flop) or even top pair, weak kicker.
On uncoordinated boards, a raise often gets the trick done and sees the donk-leader slide his cards into the muck. On coordinated boards, especially any that contain two cards between eight and Queen, it’s usually best to give up the hand if you’ve got nothing, as these types of boards smack out-of-position flat-calling ranges square in the face. Even if the donk-leader is semi-bluffing with a draw, he’s got many outs to make his hand.
Checking to Induce
What is it?
This tactic is used on the flop, where instead of betting with what you believe to be the best hand, you check to under-represent the strength of your hand and induce your opponent(s) to either bet into you or raise you on subsequent streets. While it increases your chances of being outdrawn, it also allows you to win extra bets that you would have lost had you played your hand in a straightforward fashion
Why has it become popular?
Nobody is ever given credit for having an actual hand nowadays, and if you check back on the flop it’s seen by weaker players as tantamount to giving up on the pot. In this way, a check can actually maximise the value you can win from a hand. Continuation bets also get picked off so frequently these days that (as already discussed) checking on the flop is often the safer play, and ensures you don’t get blasted off the hand on the flop.
How to defend against it?
Don’t automatically assume that because the preflop raiser checked the flop they haven’t got a hand. It’s not always a green light to lead into them on the turn. So if you check and they bet the turn, you call and then they bet the river, it’s very likely that one pair, even top pair, is not winning. The best way to defend against this move is to play as few pots out of position as possible.
Effectiveness Rating – 3/5
See it in action
In this hand from the 2004 WSOP Main Event, Greg Raymer makes the Devilfish look a bit silly by inducing him to bluff with King-high. The key is when Raymer checks behind on the 7-8-3 flop, despite it being fairly likely his sixes are ahead, thereby convincing Devilfish that he has missed or has a very marginal hand.