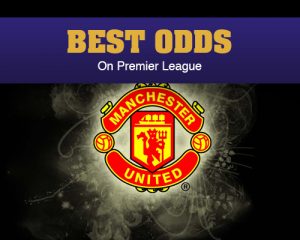 With their confidence somewhat restored from their humiliating 4-0 defeat by Chelsea with an EFL Cup derby win in midweek, Manchester United will look to get their Premier League campaign back on track when Burnley visit Old Trafford on Saturday and you can get the best odds on premier league at regalpoker.com
The match of last Wednesday is one of those that remind us that two of the richest teams in the world are controlled by two of the finest managers in the world and neither side can afford to lose for fear of inviting levels of public criticism that surely start to affect the dressing room. The Old Trafford outfit picked up a morale-boosting 1-0 win over bitter rivals Manchester City in the EFL Cup and will fancy their chances against a struggling Burnley side.
Jose Mourinho will be looking to get back to winning ways after having failed to win five of United’s last six league games.
In terms of sheer quality, United should be able to win with ease. However, they have been very inconsistent lately and will need to improve.
Among the challenges that Mourinho faces for the weekend, he will be without the services of Eric Bailly, Wayne Rooney and Phil Jones for this game. Marouane Fellaini is a doubt and will be assessed closer to kick-off. Bailly’s absence will be a major blow for the home side. The former Villarreal defender has established himself as a key player at Old Trafford in a short space of time.
On the other side things aren’t looking good for Burnley, they have lost all of their away matches in the Premier League this season and will have a massive challenge ahead of them this weekend. Manchester United are hungry for a win and will look to punish them.
Get all the latest Sports Betting updates on your social media outlets. Find us on Facebook!
Dyche will be without four of his first team stars for the trip to Manchester. Ward, Boyd, Defour and Barnes are injured and will miss out.
Predicted Burnley Starting Lineup (4-4-1-1): Heaton; Lowton, Keane, Mee, Flanagan; Gudmundsson, Mame, Hendrick, Kightly; Arfield; Vokes
Burnley have conceded at least 3 goals in their last 3 away matches in the Premier League.
Manchester United are undefeated in 11 of their last 12 home matches in the Premier League.
Manchester United are in good form at home. Considering Burnley’s struggles on the road, the Red Devils are likely to win here. Get Mourinho’s side to win at 2/9.
Burnley have conceded at least 3 goals in their last 3 Premier League away games. Over 2.5 goals (4/6) seem likely.
Two of the hosts’ last three league matches have resulted in draws, and you can get odds of 5/1 (6.00) on them being held to another stalemate in this one.
While it may only have come in a competition usually held in fairly low regard by many of the bigger clubs, Wednesday’s win over Manchester City could not have been more welcome for the Red Devils. Sign up at regalpoker.com to get the best odds on premier league this weekend.