Best Betting Odds on the NBA All Star Game 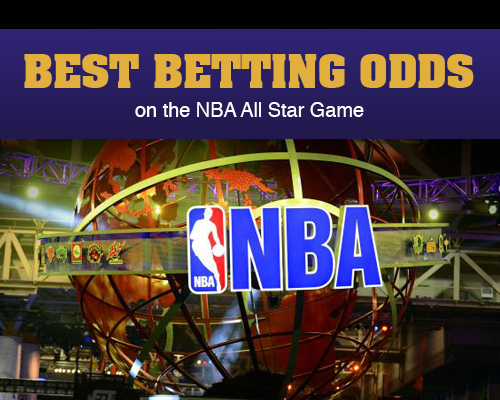 If you have been waiting for the right moment to get in the action with an all time American favorite sport, here’s your chance. The best and brightest stars in the basketball world meet at the Smoothie King Center this Sunday, as the NBA All-Star Game will pit the Eastern and Western conferences against each other. There are no further excuses, this one has it all, stars, entertainment and above all, lots of betting opportunities.
The NBA is unique for many reasons, but the league’s All-Star Weekend is a hit with fans, players and the media every year. Unlike other all-star festivities the superstars actually want to be there, and it shows.
Online books opened the total at a ridiculous 348.5 (-110/-110). Even for the all-star game, that is a high total. Last season the two all-star squads combined for an absurd 369, though this was the only time in history that they scored more than 348.5 points. But hell, all nine players in the NBA averaging over 25 points per game are going to be suited up Sunday.
The West, which has won five of the past six all-star games, is a five-point favorite at the time of this writing. It is worth noting that five of the past seven all-star games have been decided by five points or less. However, the West blew out the East last season 196-173 for the biggest margin of victory since 2009.
Get all the latest Sports Betting updates on your social media outlets. Find us on Facebook!
Before the game Sunday, some players will get to showcase their talents in the Slam Dunk Contest, Three-Point Contest and other events Saturday night. You can check out the odds for these events.
SLAM DUNK CONTEST
It’s going to be hard to top the 2016 edition of the Slam Dunk Contest, as Aaron Gordon and Zach LaVine put on a fantastic show in what’s been called one of the best dunk contests in NBA history.
THREE-POINT CONTEST
This is as much of a toss-up bet as you’ll find. Any shooter can get hot at the right time and win the award, so it all comes down to who’s got the best shooting stroke in the moment. The 2016 champion Klay Thompson is a +110 favorite to repeat, while Kyrie Irving (+400), CJ McCollum (+800), Kyle Lowry (+900), Eric Gordon (+900), Nick Young (+900), Kemba Walker (+1100) and Wes Matthews (+1100) are also available to wager on.
There have been some major surprises in the Three-Point Contest over the years, as names like Marco Belinelli, James Jones, Daequan Cook, Jason Kapono, Quentin Richardson and Voshon Lenard have all won the hardware since 2000.
Go ahead and take your first step into a different world, punting on NBA, witness some of the most peculiar talents on Saturday or go straight to the action on Sunday, there is one reason why the All-Star Weekend is a hit with fans, players and the media. Sign up for the best betting odds on the NBA All Star game at Betregal.com.

NASCAR Betting – More Value Than Ever