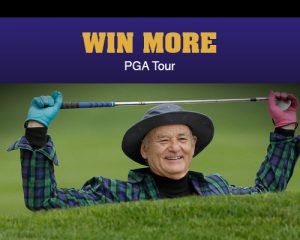 With two games left the ambitions for Manchester City to position in the top four are still in their own hands, especially after the solid win at home to Leicester City. The first of their two left games is at home to a West Brom side bottom of the form table and struggling badly since they reached 40 points.
One can only guess that Pep Guardiola must have found finding a spot in the champions league, a bit more difficult than he could have thought when he took the job, but this should be a minimum requirement for a side the size of Man City with the resources they have at their disposal. A win in this match and a trip to the out of form Watford will be guaranteed a top four spot.
It’s important they close out the season with two more wins although the manager will be looking to strengthen in a big way this summer.
Since notching up 40 points on 25th February, the Baggies have added just five points and haven’t won at all since beating Arsenal on 18th March.
Get all the latest Sports Betting updates on your social media outlets. Find us on Facebook!
Man City away is as tough as they come in the Premier League, and it’s a big ask for these West Brom players to rouse themselves from their end-of-season stupor in the face of a City side gunning for top four qualification to the Champions League.
The win against Leicester made it six games unbeaten in the Premier League for Manchester City, with four of those ending in victory. In all honesty the top four should have been wrapped up for them long ago, but multiple slips against the likes of Stoke and Middlesbrough have dragged the saga on.
At home Pep Guardiola hasn’t lost a league game since the start of December though, winning seven of the following 11 games. Three of the four draws came against other teams in the vying for Champions League qualification, with the goalless draw at home to Stoke being the only major disappointment in that run.
West Brom have enjoyed a largely successful season, but that has been marred by a very poor ending to the campaign. They lost 1-0 at home to Chelsea on Friday to make it seven games without a win for The Baggies.
This leaves them still in a decent 8th position, but the 16 point gap between them and 7th placed Everton clearly illustrates the gulf in class. They have only managed 45 points in total, which is the number of points 13th placed Watford earned last season. Their league positioning might be impressive, but their points tally is less so.
Bookies are heavily favouring Manchester City, but there is still value to be had in alternative markets. West Brom have picked up more cards than their opposition in three of their last five games against top seven opposition, and with Manchester City expected to have the vast majority of possession, The Baggies are likely to pick up a fair few cards on Tuesday. Sign up at BetRegal.com to find the best betting odds.