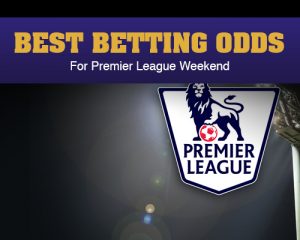 Premier League brings us lots of football action for the weekend and RegalPoker is the place for the best betting odds. Let’s analyze some of the matches where you can get in the action starting with Manchester United and West Ham. The Red devils have lost just two of their last 23 league games against West Ham at Old Trafford, winning 20. They are 1.49 to win.
West Ham haven’t won at Old Trafford since their 1-0 victory in May 2007, in which Carlos Tevez found the net to help the Hammers avoid relegation. They are 7.80 to pull off a shock win.
Jose Mourinho has won seven of his previous nine Premier League matches against West Ham (D1 L1). His side are 2.26 to win half-time/full-time.
In each of his five full Premier League seasons as a manager, Jose Mourinho’s league placing after 12 games has been his final league placing that season. Manchester United are currently sixth in 2016-17 after 12 games. The draw is 4.80.
Get all the latest Sports Betting updates on your social media outlets. Find us on Facebook!
Consider these facts for possible proposition bets.
Anthony Martial has scored with all three of his shots on target for Manchester United against West Ham in all competitions. Martial is 2.70 to score.
Wayne Rooney has been directly involved in 14 goals in his last 13 appearances against West Ham in all competitions Rooney is 2.80 to find the net.
Michail Antonio equalled the Premier League record for headed goals in a calendar year in his last appearance. Antonio is 4.40 to score.
Antonio’s last six Premier League goals have all been headers, but he’s still some way off the Premier League record of consecutive headed goals set by David Wetherall (12 in a row). He’s 12.50 to score the first goal.
Dimitri Payet has created a league-high 43 goalscoring chances this season in the Premier League. Both teams to score is 1.92.
Manchester United have attempted 203 shots in total this season in the Premier League. After 12 league games last season, United had attempted 80 shots fewer. Over 2.5 goals is 1.76.
Burnley v Manchester City
Burnley have home form which would qualify for the Champions League but an away record that will get them relegated back to the Sky Bet Championship.
Dyche may have felt his team lacked intensity at the Hawthorns but that was certainly not the case when they hosted Crystal Palace after allowing the Eagles back into the game from 2-0 down they had the spirit to raise one more effort and clinch a dramatic winner.
This is not a bad fixture for them either historically having got something out of three of their four Premier League encounters. The visitors are fresh from reaching the knockout stage of the Champions League with a scrappy 1-1 draw at Monchengladbach and remain rather unpredictable themselves.
Capable of some devastating intensity displayed against Barcelona, they have been exposed in some of their domestic performances of late with home draws against Southampton, Everton and Middlesbrough while they made hard work of picking up three points last week at Palace. It all provides a fascinating dynamic for this fixture and surely it could pay off to take a chance on Burnley in some way at the inflated odds on offer. Find the best betting odds for premier league weekend at regalpoker.com