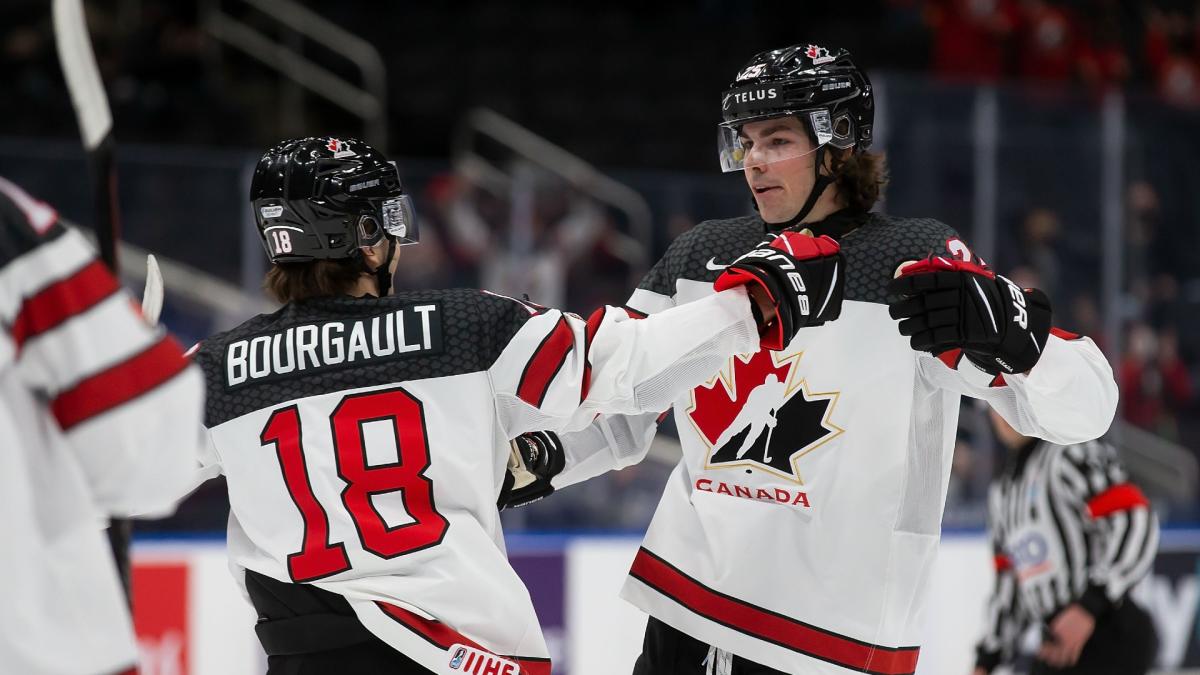 The 16-year-old from North Vancouver, B.C., propelled Canada to an 11-2 victory over Austria with his quadruple, which also tied the tournament’s single-game scoring record.

Mason McTavish scored twice and had an assist and Cole Perfetti had a goal and two assists for the host country (2-0). Kent Johnson, Lukas Cormier, Logan Stankoven and Mavrik Bourque also scored for the Canadians.

Eliot Desnoyers and Will Cuylle each assisted on three Bedard goals. Brett Brochu stopped 20 of 22 shots for the win in his first start of the tournament.

Bedard was the seventh 16-year-old named to the national men’s junior team in its 45-year history, joining players such as Wayne Gretzky and Sidney Crosby.

No other 16-year-old produced four goals in a game, however. Gretzky scored a hat trick in 1977 against Czechoslovakia. “It’s definitely cool hearing your name and one of, if not the greatest to ever play,” Bedard said. “It’s one game and I don’t think I’ll be getting 2,800 points in the NHL. It’s cool though to hear my name with his. It’s good, but we’ve got a long way to go in this tournament.”