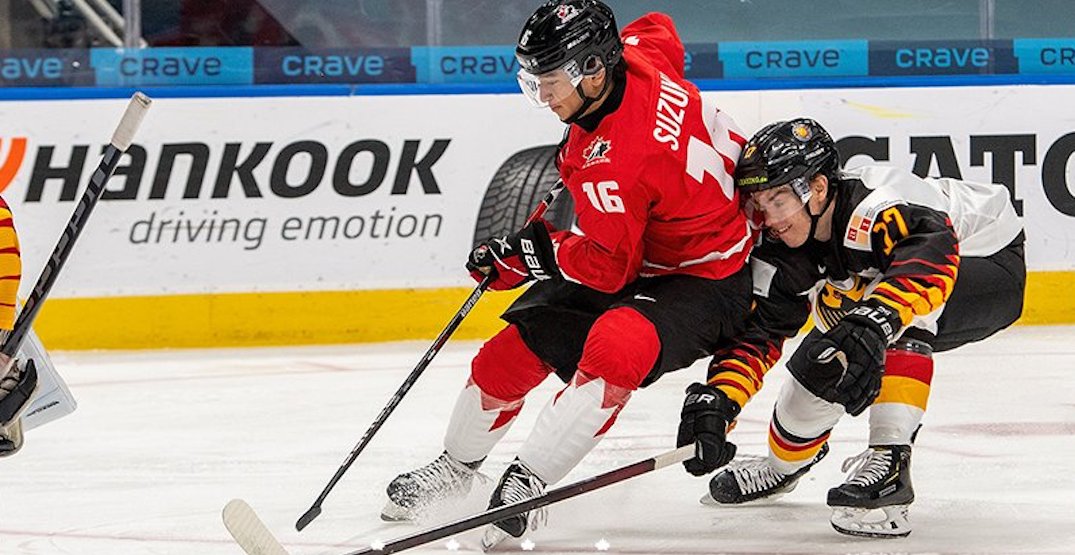 Canada needed a response after a miserable 48 hours.

Connor Bedard — as he’s done so often in his young career — delivered with lethal precision.

The 17-year-old phenom had a hat trick and four assists Wednesday as the host county got back on track at the world junior hockey championship with an emphatic 11-2 triumph over Germany.

Bedard’s seven-point performance tied a single-game Canadian record on a night the favorites at the men’s under-20 showcase needed a response following Monday’s embarrassing 5-2 loss to Czechia.

“I got a couple of pretty lucky ones. Just one of those nights.”

Bedard now has 12 goals all-time at the world juniors, two back of Jordan Eberle’s national record.

“I’ll text him saying he’s got a guy on his heels,” Wright said of Eberle, his teammate with the NHL’s Seattle Kraken. “Don’t think we’ll be focused on that a lot, but it’s gonna be special if he hits those along the way.”

“He was on fire … shot was unreal,” Canadian head coach Dennis Williams added of Bedard. “His creativity and his poise … a great night.

Dylan Guenther also had a hat trick — all off Bedard passes — while Logan Stankoven added a goal and two assists.

Wright, Brandt Clarke and Joshua Roy, with a goal and an assist each, and Zack Ostapchuk also scored.

Olen Zellweger chipped in with three assists as Williams shook up three of his forward lines — including splitting up Bedard and Wright — after a disconnected and disjointed effort against the Czechs.

“We came much more determined,” said the coach. “Played tighter as a group.”

Thomas Milic made 14 saves in his first world junior start for Canada. Roman Kechter and Philip Sinn replied for Germany, which got 30 stops from Simon Wolf before he was replaced by Rihards Babulis for the third period in a mercy pull. Babulis finished with 11 saves.

“We were pretty hungry,” Bedard said. “That was a huge way to come back.”