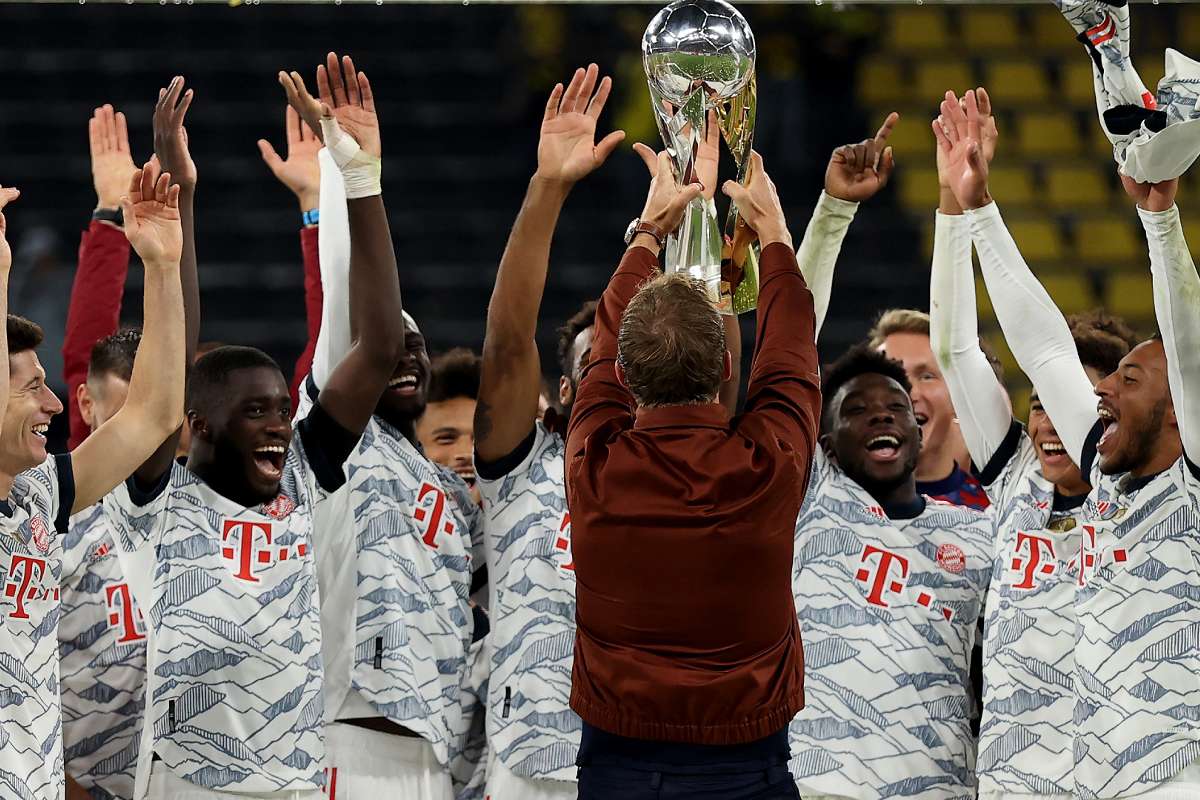 “I’d like to start hoarding titles,” Nagelsmann said. “My predecessor and the players, they collected a lot.”

Bayern keeper Manuel Neuer pulled off two great saves to deny Marco Reus and Erling Haaland before Lewandowski struck, arriving late to meet Serge Gnabry’s cross with a powerful header that flew into the net in the 41st minute.

Thomas Muller added a second four minutes after the break as Alphonso Davies broke down the left before squaring the ball into the box. Lewandowski got the slightest of touches to steer the ball into the path of Muller, who slammed it home.

Haaland had a goal ruled out for offside in the 53rd minute before Reus managed to reduce the deficit in the 64th with a splendid curled effort.

Dortmund’s hopes of a comeback were snuffed out when Lewandowski pounced on an error by Manuel Akanji and fired a low drive into the bottom corner to make it 3-1 in the 74th minute as Bayern secured their first trophy of the season.

“Gutted I couldn’t get my hands on the trophy, just like the lads are,” said Bellingham, who was unstoppable at times for Dortmund. “We’ll definitely use it to motivate us in the coming weeks. Now that the game is done, we just want to focus on the next one.”