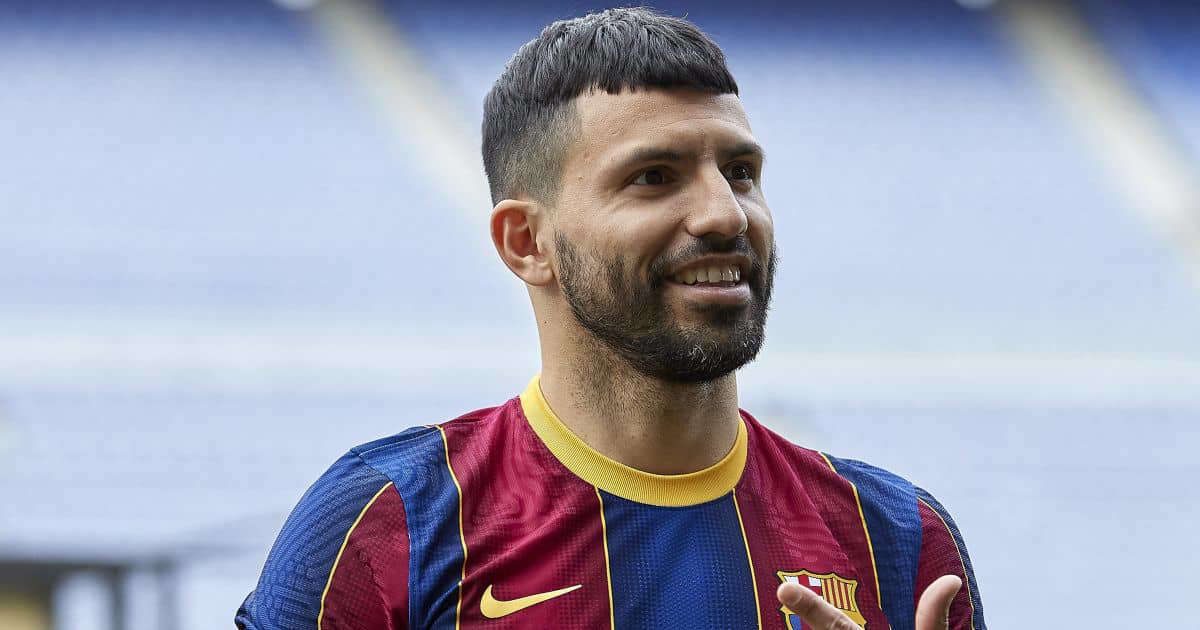 Just days after Barcelona revealed Lionel Messi would be leaving the club, new signing Sergio Aguero has been ruled out of action for up to 10 weeks.

Aguero suffered a right calf injury in Sunday’s training session, before Messi gave a farewell speech at the Camp Nou after Barca were unable to sign him to a new contract. Messi is projected to join Paris Saint-Germain as a free agent.

Aguero, 33, was unable to make his debut in Barca’s 3-0 victory over Juventus in the Joan Gamper trophy.

The ex-Manchester City forward underwent a scan on Monday morning and Barca announced Aguero will be out for up to 10 weeks, though club sources have told ESPN they are hopeful he will be back in eight.

“It’s a pity he got injured and could not play 30 minutes at the Gamper,” Koeman said. “It’s a setback as he was training and can bring a lot to the team with his quality up front.”

Barca, who starts LaLiga at home versus Real Sociedad on Sunday, are still without forwards Ansu Fati and Ousmane Dembele, and Aguero’s injury could make Barca rethink their summer transfer market.

Martin Braithwaite, who started on Sunday, was expected to be on his way out of the Camp Nou after the Danish striker failed to gain regular playing time last season, but he is now likely to remain.

Barcelona still have Antoine Griezmann, who was linked with former club Atletico Madrid this summer. The France international scored 20 goals and set up 12 more in 51 appearances last season.

Summer signing Memphis Depay has shone in preseason, and the Netherlands international received a warm reception by the Barca fans during Sunday’s team presentation.

“We’ve signed players like Memphis that are very effective,” Koeman said. “Of course, it’s always important to have the best, but if it can’t be, we will not change our ideas or way of playing. “There are other players that can occupy that position. We’ve seen a good Griezmann. We’ll need to step up and improve because we won’t have Leo’s goals.”