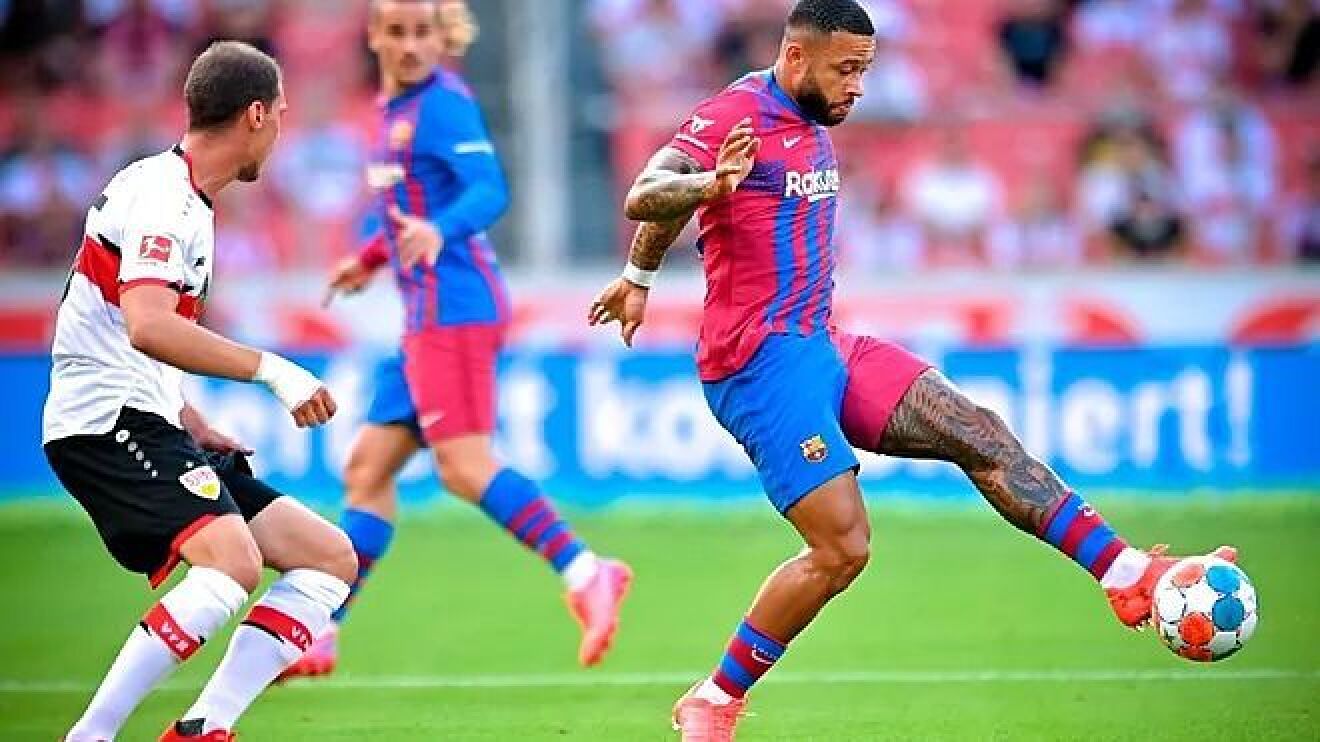 Memphis Depay made it two goals in two matches for Barcelona as the La Liga side defeated VfB Stuttgart 3-0 at the Mercedes-Benz Arena on Saturday.

Barca blew their German opposition away with a blistering first-half display, with Memphis opening the scoring before Yusuf Demir added the second.

Substitute Riqui Puig netted the third after the break as Ronald Koeman’s side made it three victories from three preseason friendlies.

Barca step up preparations for the new season with a trip to Red Bull Salzburg on Wednesday before a home game versus Juventus next weekend.

After dominating the opening stages of the game, Memphis, who had a penalty shout turned down early on, eventually broke the deadlock in the 21st minute.

Depay then helped create the second, flicking the ball to Antoine Griezmann who fed youngster Demir, a summer signing from Rapid Vienna, to score his first goal for the club.

Substitutions disrupted the second half, with Ronald Araujo, Sergio Busquets and Jordi Alba coming on for their first appearances of preseason, and allowed Stuttgart to come into the game.

Manuel Polster and Luca Bazzoli came close for the hosts before Barca reestablished their grip on the match.

Riqui Puig, just off the bench, had an effort tipped wide by Fabian Bredlow but beat the Stuttgart stopper moments later.

Griezmann showed tremendous patience on the break and then picked out the perfect pass for Puig, whose shot hit the post on the way in. Substitute Rey Manaj almost made it four late on but the Albanian forward, who scored four goals in Barca’s first two friendlies, saw his strike brilliantly saved by Bredlow.