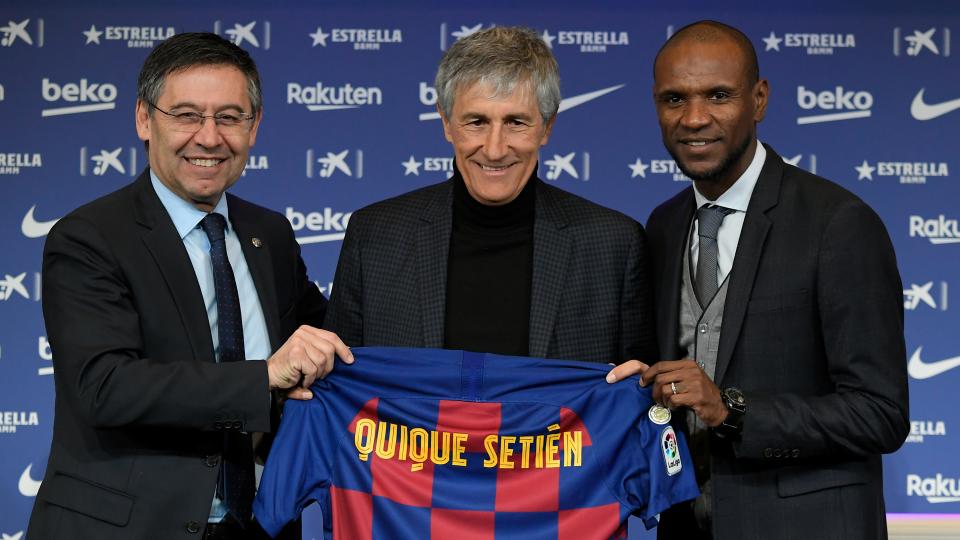 Barcelona announced the firing of head coach Ernesto Valverde and the hiring of Quique Setien as its new coach on Monday, just days removed from being eliminated in the Spanish Super Cup semifinals, once again blowing a late lead.

Setien, who formerly coach Real Betis and Las Palmas, is under contract with Barcelona until the end of the 2021-22 season.

Valverde, 55, was in the midst of his third season at the club and leaves with two La Liga titles and a Copa del Rey crown under his role.

He was unable to get a Champions League title, which was always a perennial objective for a big spending club the likes of Barcelona.

His team hasn’t been able to show consistency in the Champions League due to defense woes, and those problems were again evident on Thursday when Barcelona conceded two late goals to lose to Atletico Madrid, 3-2 in Saudi Arabia.

As for Valverde’s replacement seems to be a surprise to say the least. The 61-year-old Setien has never coached at a big club and hasn’t had much success as of late. He’s never won a trophy as a manager and lasted two years at Real Betis (2017-19) with a 40-21-33 record. He did a fine job at Las Palmas (2015-17) and has also managed Lugo, Logrones, Poli Ejido, Racing Santander and Equatorial Guinea.

The former Spain international is committed to a style builted on possession and technique, a professed admirer of Sergio Busquets and Lionel Messi, and once said he would have cut off his finger to play for Johan Cruyff.

As a player Setién was a midfielder who excelled with Racing Santander over 12 campaigns in two separate spells.

He also featured for Atlético Madrid where he won the Spanish Super Cup as well as enjoying spells at Logroñés and Levante. .