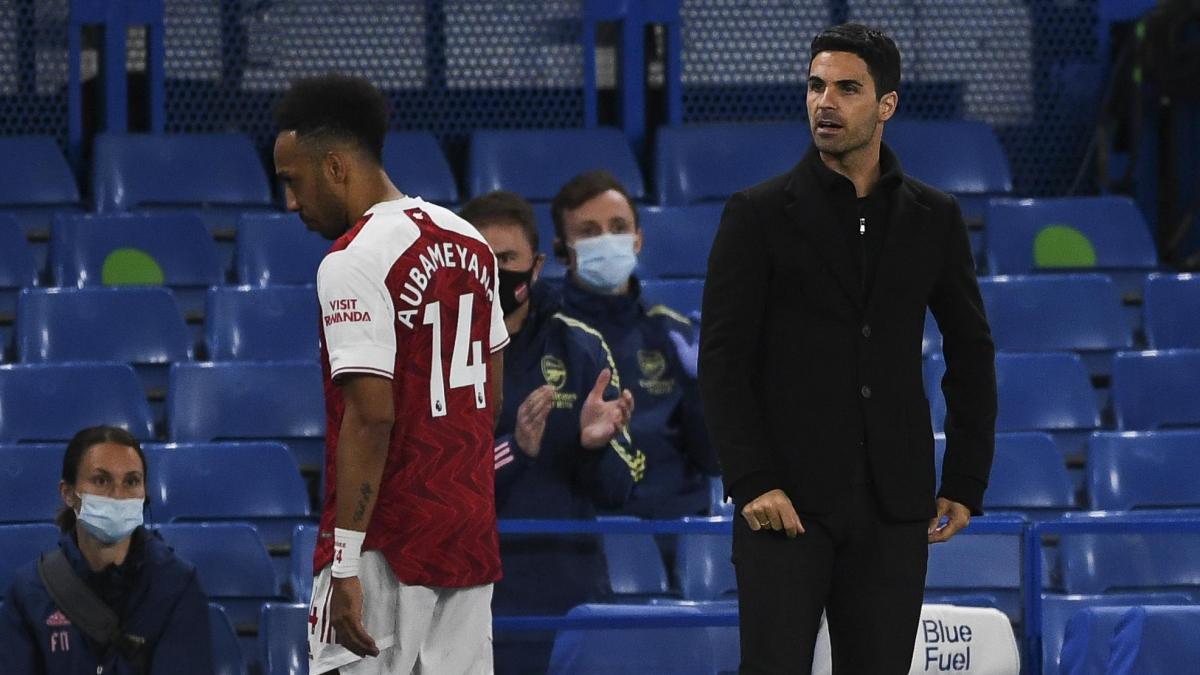 Arsenal head coach Mikel Arteta has stated Pierre-Emerick Aubameyang “needs time to heal” after being stripped of the captaincy and he refused to rule out the prospect of letting the striker go in January.

It was confirmed in a statement on Tuesday that the 32-year-old would no longer wear the armband after a “disciplinary issue” which sources have told ESPN involves the striker returning late from a sanctioned holiday.

Aubameyeng was dropped from the squad for Saturday’s 3-0 win over Southampton and will not be considered again when West Ham visit the Emirates Stadium on Wednesday.

Asked whether he would consider letting Aubameyang go in January, Arteta gave a more ambiguous answer than last Friday to the same question, when he said the club had “never discussed” it.

“I can say right now that we have made this decision. Unfortunately it’s a really tough one and obviously if I had to choose I would not like to be sitting here talking about it but we had to do it. But for now, he is not involved in the squad,” Arteta said, who added he informed the Gabon international of his decision in face-to-face talks.

Pushed on when Aubameyang might return to action, Arteta added: “What I can tell you now is to make the decision that we made is because he was really hurting, and it is still like this and he needs a bit of time to heal. So for now, he is not involved in the squad.

“Since I have been here, [my relationship with Aubameyang has been] really, really good. That is why it is painful.”

Responding to how Aubameyang took the news, Arteta replied pointedly: “He had to accept the decision.”

Arteta evaded questions on the details of Aubameyang’s indiscretions but added that “we have made this decision based on certain moments where he has not fulfilled his duties.”

There will be no immediate successor appointed with Arteta happy to share the responsibilities among his leadership group, which contains Granit Xhaka and Alexandre Lacazette and others.

Xhaka was stripped of the captaincy himself after swearing at Arsenal supporters booing him as he was substituted in an October 2019 game under former boss Unai Emery.

He has quietly rehabilitated himself under Arteta, who said: “We have the leadership group and we have different players who have been nominated to be captain, in the last game it was Laca, we had had Granit who has been captain as well, so we will follow that.

“It is a really unpleasant situation and it is not the moment to [make] any rash decision. That leadership group is really strong, it is the one that communicates with myself and the coaching staff and with the club in a really strong and clear way and we are going to continue that.

“That is one of the decisions we make, to make that group a little bit better and try to educate them and try to get the right feedback all the time and build the trust and a strong culture around the club. It is working really well so we will continue to do that.”

Aubameyang’s timekeeping has previously been an issue. In March, he was dropped from the squad for the north London derby victory over Tottenham for reporting late to a team meeting on the day of the game.

A month earlier, he was “reminded of his responsibilities” after footage emerged of him getting a tattoo despite strict COVID-19 protocols being in place at Premier League clubs and also nationwide.