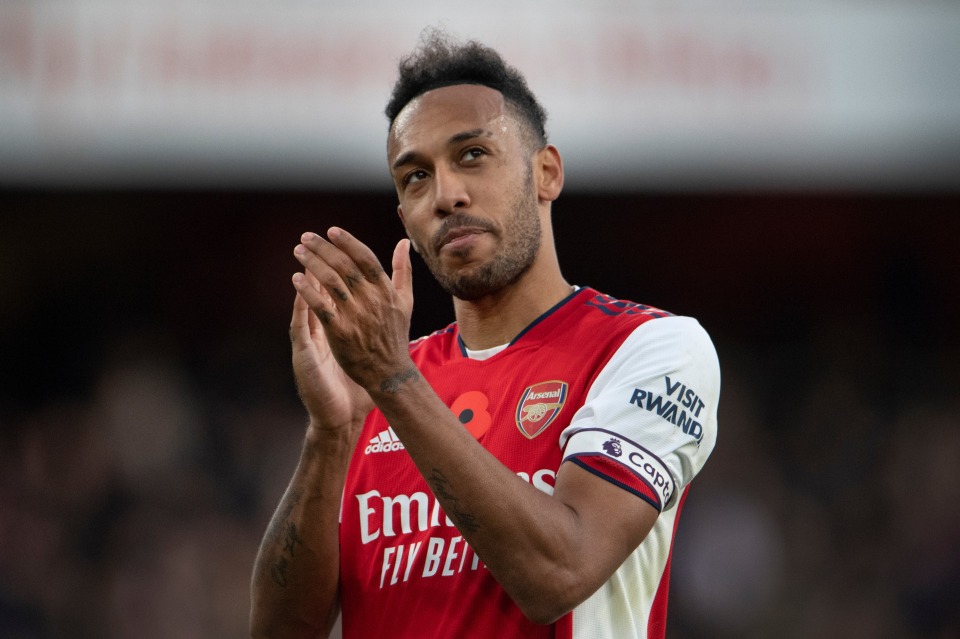 Arsenal are willing to listen to offers for Pierre-Emerick Aubameyang in January, sources have told ESPN.

The 32-year-old was stripped of the captaincy last week after a series of disciplinary issues and has been training away from his teammates.

Sources claim the situation is not beyond repair but the Gunners are ready to sound out interest from Europe’s top clubs to gauge whether a deal that suits all parties is feasible.

Barcelona were interested in Aubameyang prior to the striker signing a three-year contract worth at least £250,000-a-week in September last year.

The size of that contract is an issue for potential suitors now, although reports in Italy have suggested Juventus could be interested in taking Aubameyang on loan if an agreement can be reached over his wages. Inter Milan and AC Milan have also been mooted as possible destinations.

Chelsea were also watching Aubameyang last summer and although Blues manager Thomas Tuchel remains a fan of a player he worked with at Borussia Dortmund, there is no suggestion at this stage that the club are keen on a deal. In any case, Arsenal would find it difficult to negotiate with a London rival.

Aubameyang previously enjoyed a close relationship with Arsenal manager Mikel Arteta and sources claim the Spaniard has not entirely ruled out the possibility of bringing him back into the fold.

But several incidents have eroded his trust in Aubameyang, the latest of which saw him return late from a specially sanctioned overseas trip to visit his unwell mother in France.

Aubameyang was also dropped from the squad to face Tottenham in March just hours before kick-off after arriving late for a team meeting and sources have told ESPN that timekeeping has repeatedly been an issue, something Arteta feels undermines the more disciplined environment he is trying to create.

Despite rising COVID-19 cases, the Africa Cup of Nations is expected to start as planned next month meaning Aubameyang will join up with Gabon for several weeks.

Sources claim this time apart offers a useful break for both Arsenal and Aubameyang to establish whether there is a way forward. However, that will also contain exploring options to part ways if the club receives a suitable offer.

Arteta would be reluctant to sanction the departure of all three forwards in the middle of the season. He has repeatedly praised Lacazette’s work ethic despite the uncertainty over his future, in sharp contrast to Aubameyang.

Asked on Wednesday at a news conference if Aubameyang would be considered for selection versus Norwich on Boxing Day, Arteta replied: “We will go game by game and decide the squad as we get closer to the game.”

Pushed on whether Aubameyang needed to apologize, Arteta added: “I think we have shown in this club that everybody can make mistakes or can have different ways of thinking or acting. I’m completely open to that. It’s not about that.”