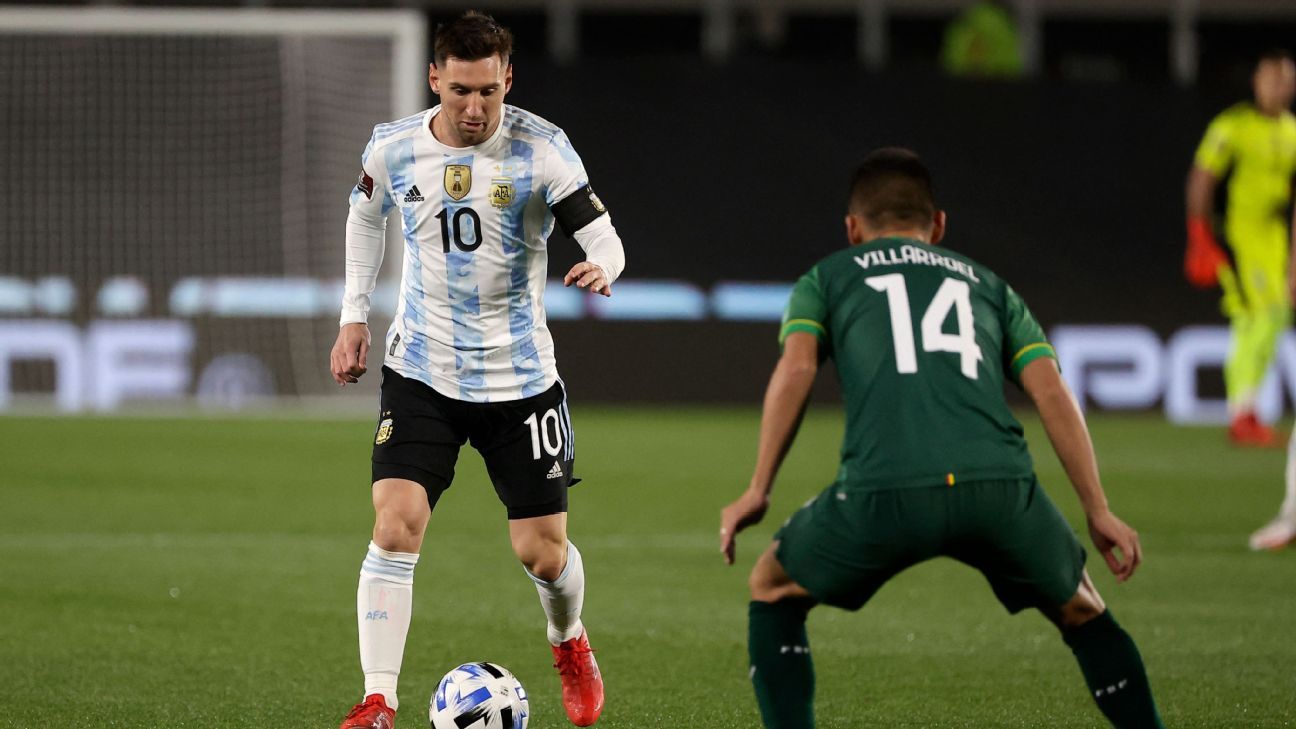 Messi scored all three goals in Argentina’s 3-0 win over Bolivia on Thursday in a World Cup qualifying match at the Monumental stadium in Buenos Aires, giving him two more than Pele, who had 77 career goals in international play.

Messi trails Brazilian duo Marta (109) and Cristiane (96) for the overall record for most goals scored by any South American player at the international level.

Third on the men’s list is Messi’s Paris Saint-Germain teammate Neymar, who has 69 international goals for Brazil.

“I was very nervous, I just wanted to enjoy the night. I waited a long time for this,” an emotional Messi said after the match. “We won the game that was the most important thing and now we can celebrate.”

Three-time World Cup winner Pele remains in hospital due to surgery for a tumor on his colon on Monday, although the 80-year-old stated the operation was a “great victory.”

Messi, 34, has had a memorable summer — changing clubs from Barcelona to PSG in August and winning his first senior international football title in July. He and La Albiceleste claimed the Copa America from Brazil in a 1-0 victory at Rio de Janeiro’s Maracana stadium.

After Thursday’s result, Messi danced with his teammates and showed off the Copa trophy to the 21,000 supporters present.

“It was a unique moment [to win the Copa America] because of where and how we obtained the title,” Messi said.

“There was no better way to do it and been able to celebrate the title now, it’s incredible. My mother, my brothers are here in the stands. They have suffered a lot … I’m very happy.”

With 26 goals in World Cup qualifying matches following his hat-trick versus Bolivia, Messi also passes Uruguay star Luis Suarez — his former teammate at Barcelona — for most among CONMEBOL players.

With eight career goals vs. Bolivia in 11 games, it is Messi’s most goals against a single opponent while donning the Argentina shirt. Messi is also his country’s all-time leading scorer, having moved past Gabriel Batistuta (54 goals) in 2016. He is also Argentina’s most capped player, with Thursday’s match against Bolivia marking his 153rd international appearance.