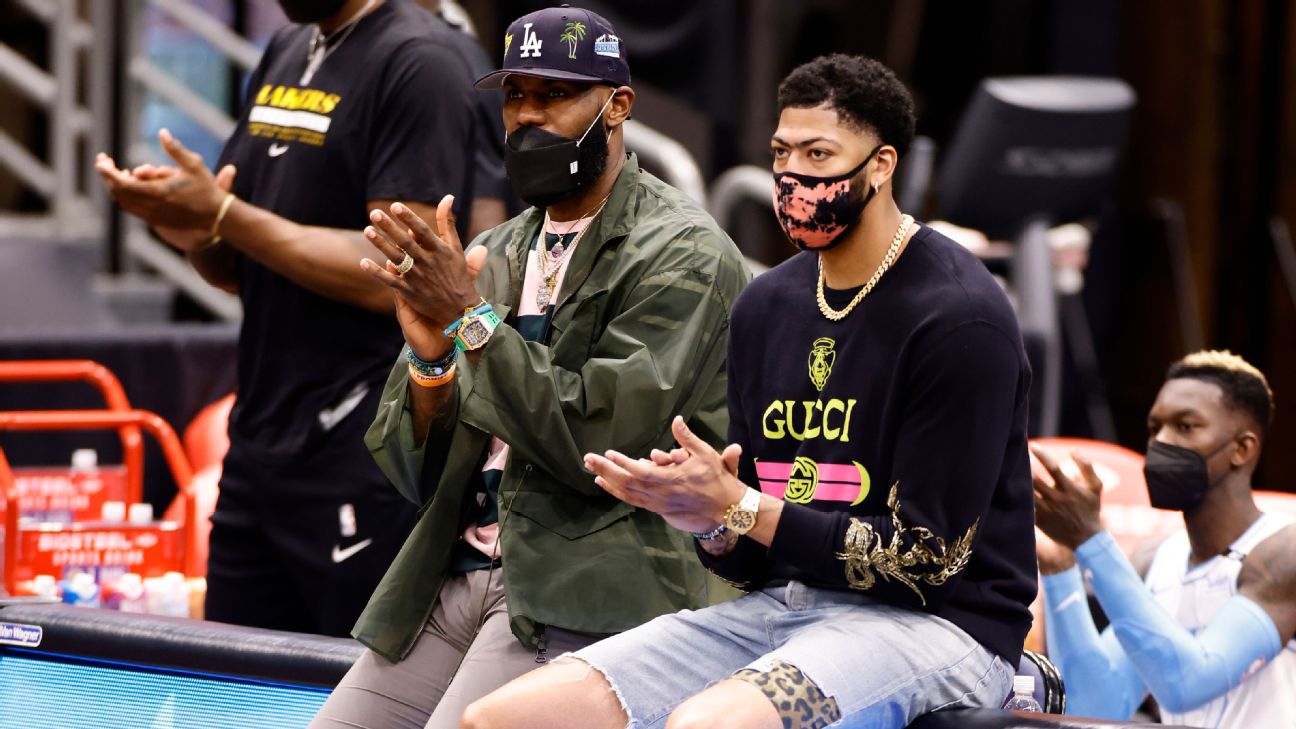 Anthony Davis is days away from making his return from a nearly nine-week absence and LeBron James has progressed to “light work” on the court, Lakers coach Frank Vogel stated before his team’s game versus the Utah Jazz on Monday.

Vogel said that Davis, who has been sidelined since Feb. 14 with a calf strain and tendinosis in his right leg, was able to get in some “good work” on the court after L.A.’s morning meeting and will “build up” over the next two days going into the Lakers’ next match Thursday, on the road versus the Dallas Mavericks.

The last hurdle for Davis, according to Vogel, is working to get his wind back.

“The biggest thing is conditioning right now,” Vogel said. “He’s healthy. But having not played and not really being able to ramp up his physical on-court activity over the last two months, it’s going to take some time before he gets his wind under him and obviously, that’s the biggest thing. Because if his legs aren’t under him, we don’t want him to be at risk for re-aggravation of the injury or another injury. We want to keep a close eye on that.”

James has been out since March 20 when he suffered a high right ankle sprain versus the Atlanta Hawks.

The Lakers have managed to mostly hold down the fort since their stars went down, going 14-15 since Davis’ injury and 7-8 since missing both Davis and James, coming into Monday.

Vogel cautioned that while the Davis and James news is encouraging, the Lakers still have their work cut out for them without the dominant duo. Davis’ playing time, for instance, will be limited to the 15-minute range in each of his first two games back to the lineup, according to Votel.

“I don’t think we’re there yet, to be honest,” Vogel said when asked if the defending champs were finally out of the woods. “I know I’m not, my coaching staff is not. Even when Anthony returns, it’ll be in short, limited minutes … We’re still in a stretch where we’ve got to compete and win games for the most part without those guys.”

While Davis’ potential return can be circled on the calendar, James is still believed to be weeks away from getting back into game action, sources told ESPN. “Just trying to do a little bit more with his activity each day,” Vogel said of James.