Andreescu excited about return to court, progress from knee injury 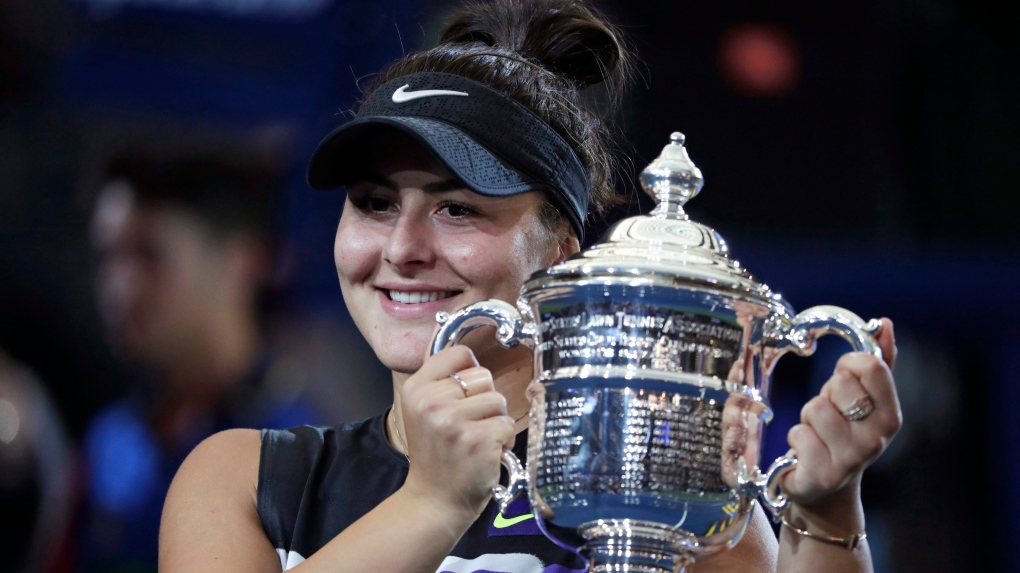 Canadian tennis star Bianca Andreescu is planning to make her long-awaited return to the WTA Tour this January in Australia.

The 20-year-old from Mississauga, Ont., hasn’t played a competitive match since suffering a knee injury just over a year ago at the WTA Finals in China. “Being away from the court for so long has not been easy for me but I am excited to share that I will be returning to the court in 2021, starting with the Australian swing and the Australian Open,” Andreescu said.

“I am feeling really good about the progress I’ve made during my time off, and I’m ready to get back to competing and doing what I love.”

The first Grand Slam of the 2021 campaign is set to initiate in Jan. 18 at Melbourne Park. Other tournaments in the so-called ‘Australian swing’ have yet to finalize dates due to the COVID-19 pandemic.

A spokesperson at the Octagon agency, who provided an email with a quote from Andreescu on her 2021 plans, said a decision on tournament entries for the swing had not been made. Andreescu was not available for an interview.

A WTA Tour spokesperson stated the 2021 WTA Tour calendar was still being finalized and would likely be released in the next few weeks.

Andreescu first revealed her plans for the coming months in a recent interview with French player Alize Lim on the tennismajors.com website. In a 20-minute sitdown video, Andreescu said she is “perfectly healthy” and took time this year to “build everything” in her life.

She hinted last winter that she was nearing a return but the pandemic shuttered the sports world in March for a few months. Andreescu announced in September that she would be taking the rest of the 2020 season off to focus on her health and training.

Ranked outside the top 150 before the 2019 campaign, Andreescu rocketed into the top 10 last year with titles at the BNP Paribas Open in Indian Wells, Calif., the Rogers Cup in Toronto and the U.S. Open. She became the first Canadian to win a singles Grand Slam.

Andreescu has been hampered by injuries, most notably to her knee and shoulder, for large chunks of her career. She missed most of the clay- and grass-court seasons last year due to injury.

Currently ranked seventh in the world, Andreescu has been training recently in Monte Carlo. She bought a home there last year.