Andre De Grasse finally gets his golden moment at the Olympics 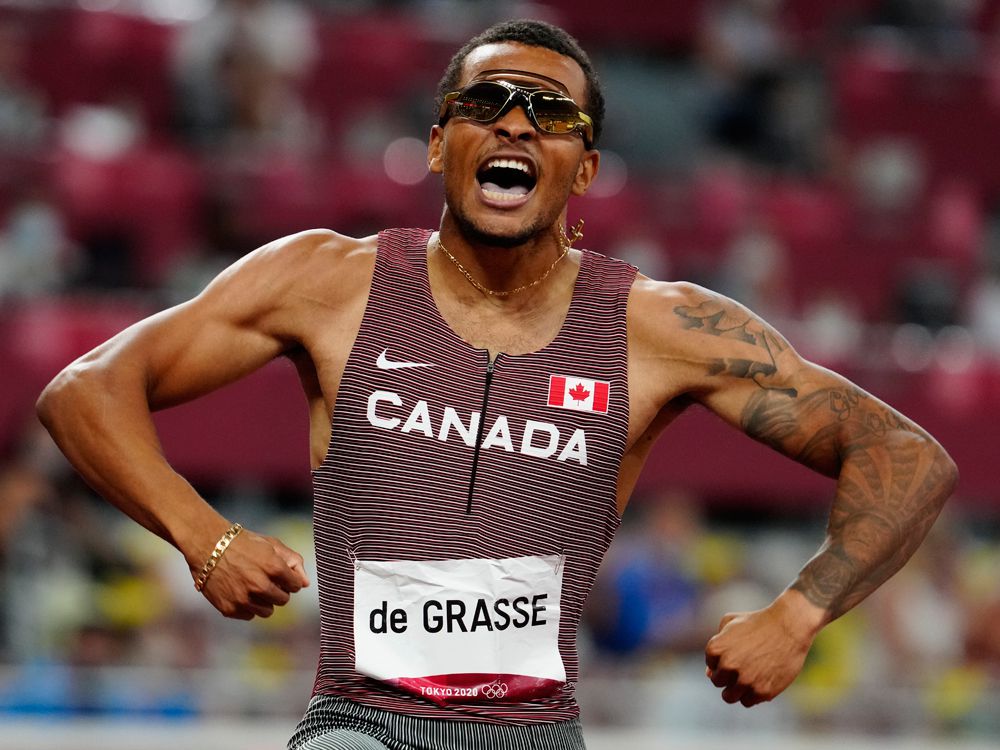 Perhaps the world’s next sprint star wasn’t so hard to find after all.

He’s Andre De Grasse, the Canadian who ran his first sprint as a teen in baggy basketball shorts and borrowed spikes, and now has an Olympic gold medal in the 200 meters.

De Grasse powered past a pair of Americans — Kenny Bednarek and the favorite, Noah Lyles — to finish in 19.62 seconds Wednesday and take one of the titles that Usain Bolt had owned for the previous three Olympics.

It ends a string of close calls for the 26-year-old and fills out a medal collection that was only missing gold. De Grasse won bronze four nights earlier in the 100 to go with the third-place medal he took in that event in Rio de Janeiro.

Given all he’s been through, it was no surprise when he revealed that he’d been crying behind the bronze — or were they gold — colored shades he wore for the race.

“It’s my first time being so emotional on the track,” De Grasse said. “I always thought I came up short winning bronze and silver, so it’s just good to have that gold medal. No one can take that away from me.”

The most memorable of De Grasse’s near misses came in 2016, when he took silver in the 200-meters in Rio, and had the audacity to mess with Bolt.

It was a semifinal race and the two were far ahead of the field and easily going to make the medal race. But on instructions from his coach, who wanted to wear out the champ, De Grasse kept pushing. It forced Bolt to kick things back into overdrive.

Bolt won the race but playfully wagged his finger at De Grasse. The moment went viral, and Bolt insisted he wasn’t pleased. He came back to blow away De Grasse in the final, by nearly a quarter second, but the champion suggested the extra energy didn’t help in his futile quest to re-set his world record of 19.19.

“I came back for that final and I was gassed, tired,” De Grasse said. “I looked to my side, and I said I’m going to have to get second. I can’t catch him.”

Lesson learned, and since Bolt left the scene, De Grasse stated he’s only gotten stronger and more fit. Meanwhile, the world has been looking for someone, anyone, to take the former champion’s place in the marquee track events.

On Sunday night, Italian sprinter Marcell Jacobs came from nowhere to win the 100, leaving De Grasse behind in what is usually considered his second-best distance.

But finally, De Grasse has cashed in. It’s his first gold at a major event after amassing two silvers and six bronzes at Olympics and world championships since 2015.

“It’s persistence,” said decathlon leader Damian Warner, who hung out near the track to watch his Canadian teammate win. “He’s had to go against Usain Bolt, Yohan Blake, all these tough competitors. So it’s not like he’s just choking or losing in the final. He’s losing to some really great athletes.”

This time, he defeated some — most notably, Lyles, the reigning world champion at 200 meters who has been on a difficult road to the Tokyo Olympics. He openly talked about his mental-health issues and the anguish of coming to the Games without his brother, Josephus, who is also a sprinter but failed to qualify.