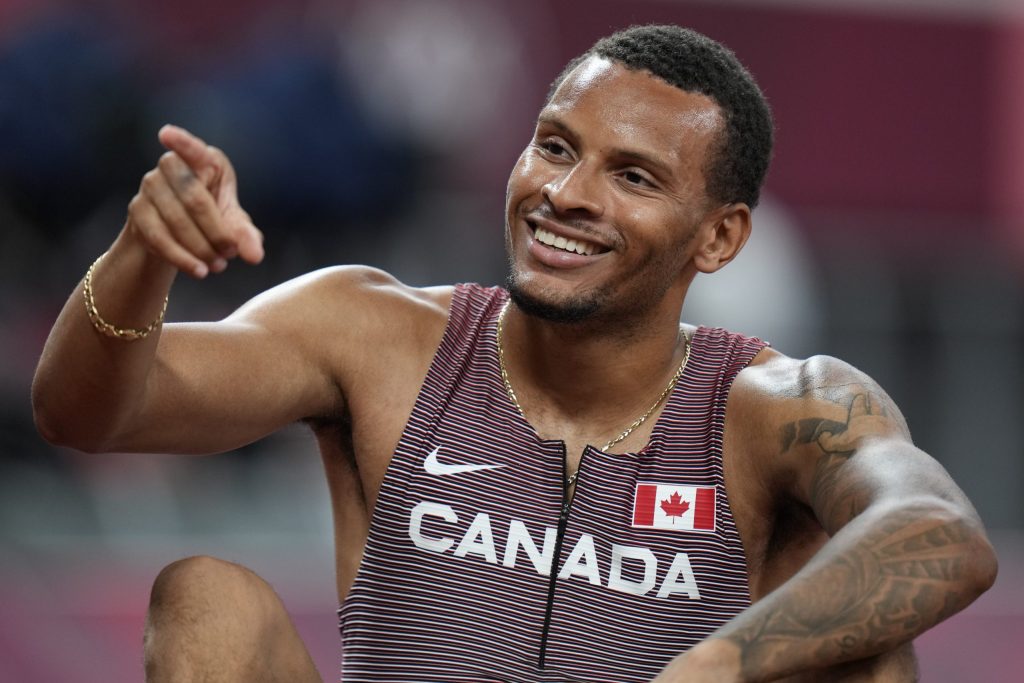 Canada’s Andre De Grasse won the men’s 100 metres at the Prefontaine Classic in Eugene, Oregon on Saturday, besting a world class field with a blazing wind-aided time of 9.74 seconds (+2.9).

The 26-year-old’s victory comes just two weeks after his outstanding performance at the Tokyo Olympics, where he became Canada’s most decorated male Olympian in history with gold in the 200m, and bronze in both the 100m and 4x100m relay.

The wind was over the allowable 2.0 metres per second, otherwise De Grasse would have smashed the Canadian record of 9.84 shared by Donovan Bailey and Bruny Surin.

“Not a lot is expected of me now that the Olympic Games is over, so [I] just went out there to have some fun,” De Grasse said.

“This field was magnificent. So many people ran under 10 seconds. It’s been a while since anyone has done that before, so it’s really good to be part of that conversation.”

Felllow Canadian Marco Arop of Edmonton won the men’s 800m, finishing ahead of the reigning Olympic gold and silver medalists.

The 22-year-old separated from the pack with a comfortable lead and finished with a time of one minute, 44.51 seconds to kick off the Diamond League meet.

Kenya’s Ferguson Rotich finished second with a time of 1:45.02 after winning silver in the event at Tokyo 2020. Reigning Olympic champion Emmanuel Korir of Kenya placed third (1:45.05).

Arop missed the podium in the 800m at the Tokyo Olympics after failing advance past the semifinals.