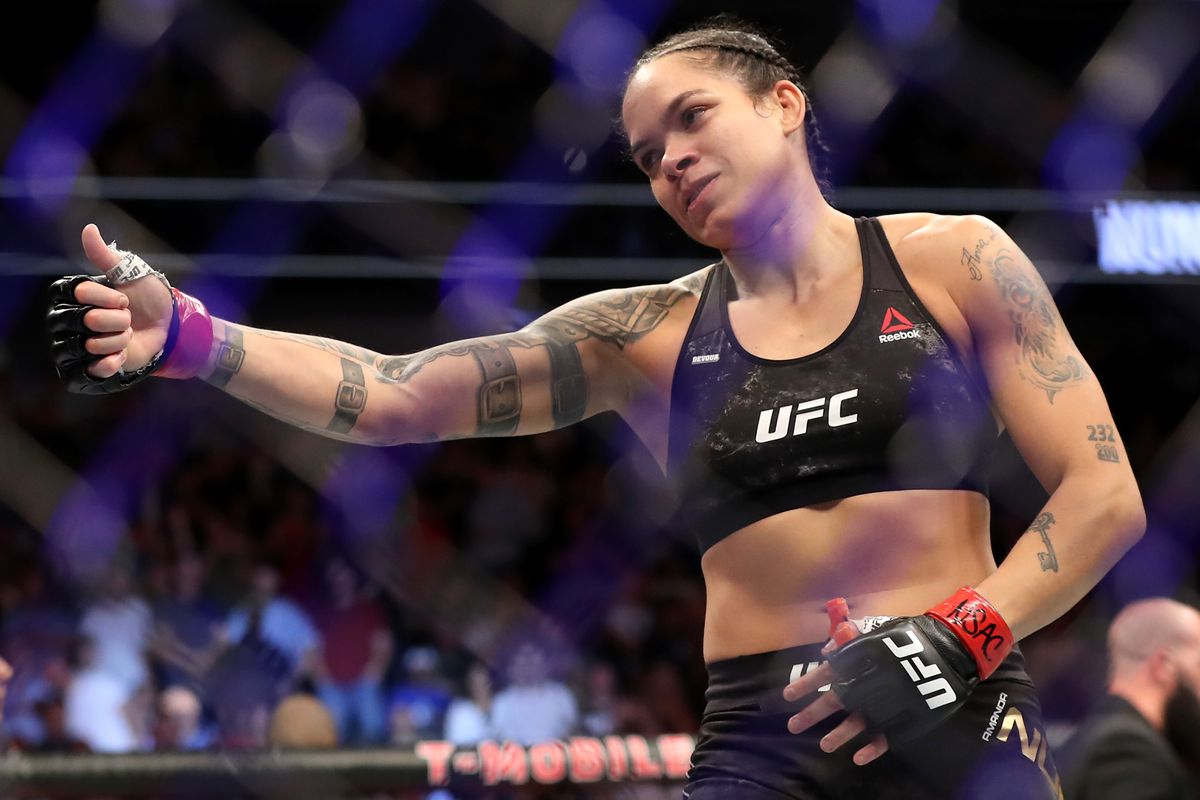 Amanda Nunes, the pound-for-pound best female fighter in the UFC, will have to wait a little longer for the next defense of her bantamweight championship.

She tested positive for COVID, UFC chief business officer Hunter Campbell told ESPN on Thursday, cancelling her bout with Julianna Peña that was arranged for Aug. 7 in Houston in the co-main event of UFC 265.

Campbell stated the plan is to reschedule the fight when Nunes is fully healthy and ready to compete. Derrick Lewis meets Ciryl Gane for the interim UFC heavyweight championship in the main event of a five-fight pay-per-view card. A replacement bout hasn’t been determined yet.

Nunes, considered the greatest women’s MMA fighter of all time, (21-7) also holds the UFC’s featherweight championship, the first female in the UFC to claim titles in two weight classes. The 33-year-old is coming off a March tap-out victory over Megan Anderson, her 12th consecutive victory in the Octagon. She’s lost only one UFC fight, a third-round TKO to Cat Zingano at UFC 178.

This was set to be Pena’s first UFC title shot, a fight where Nunes was approximately a 7-1 favorite.

The Brazilian scored a victory over Valentina Shevchenko (No. 2 in ESPN’s pound-for-pound rankings) before submitting Miesha Tate in the first-round to win her first UFC championship. Nunes capped her breakout 2016 campaign with a third victory, this time a TKO of superstar fighter Ronda Rousey in just 48 seconds that saw her rise to prominence.

Nunes never looked back, becoming a two-division champ with a first-round KO of Cris Cyborg. She also owns a victory (or two) over four fighters on ESPN’s pound-for-pound list (Holly Holm and Germaine de Randamie are the others.) The fight with Pena was slated to be Nunes’ sixth defense of the bantamweight championship, and her first fight at 135 pounds since a December 2019 victory over Randamie. Nunes’ last two Octagon outings were at 145, successful defenses of her featherweight title over Felicia Spencer and Anderson.

Pena notched a third-round submission triumph over Sara McMann in January. The 31-year-old American’s two UFC defeats came against Shevchenko and de Randamie. Pena is the first woman to win The Ultimate Fighter.

There’s no timeline for the rescheduled bout between Nunes and Pena.