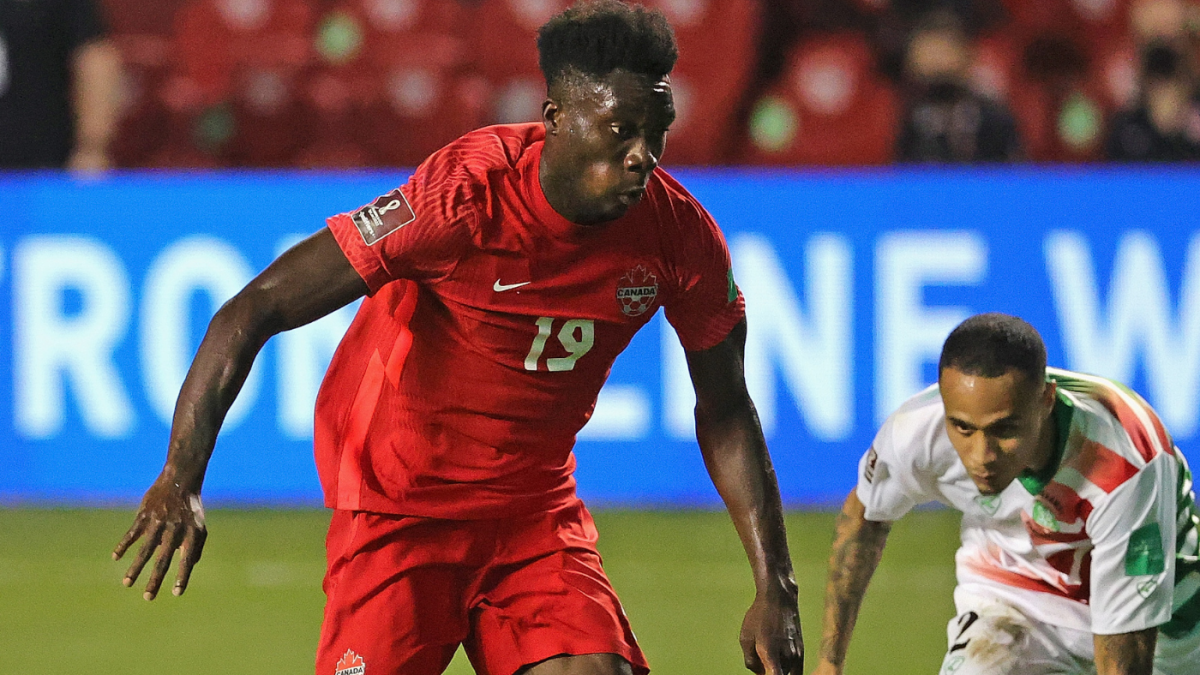 There’s a question mark over the health of Bayern Munich star Alphonso Davies ahead of Canada’s World Cup qualifying match versus El Salvador on Wednesday.

Coach John Herdman stated the 20-year-old fullback/winger did not train with the team at BMO Field on Tuesday. He said an update on Davies’ condition was expected later Tuesday or “probably” Wednesday morning “as we continue the assessment.”

Herdman said Davies was still with the team, but appeared to be in no hurry to update reporters or the El Salvador team on the status of his attacking ace.

Davies looked pained when he left Sunday’s 1-1 tie with the U.S. in the 75th minute and was immediately greeted by trainers when he got to the bench.

His assist on Cyle Larin’s tying goal in the 62nd minute of the match in Nashville was his record-breaking sixth in 2021. He had shared the previous Canadian men’s record with Martin Nash (2000).

Davies was also injured with Canada in July, suffering a torn ligament in his ankle in training prior to the Gold Cup. At the time, Herdman said Davies turned his ankle after riding a tackle in a small-sided game.

Davies returned to full team practice with Bayern on Aug. 9 and started in the season opener Aug. 13 versus Borussia Moenchengladbach.

Wednesday’s game is the third in a week for both Canada and El Salvador, ranked 59th and 64th respectively. Both sides have two ties to date.

Herdman says depth in his roster is key with such a compressed schedule.

“These boys are dialed in,” he said. “The squad is focused and every man’s ready to play their part. That’s a great place to be as a coach.” Canada opened the so-called Octagonal, the final round of qualifying in CONCACAF, by drawing No. 63 Honduras 1-1 at BMO Field before tying the 10th-ranked Americans. El Salvador played scoreless draws at home to the U.S. and Honduras.