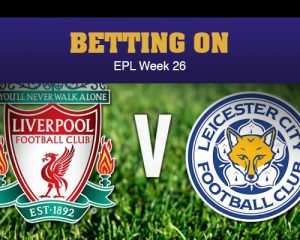 The BMW PGA Championship, is the European Tour’s flagship event will be played this week for what is a huge week on the European Tour.
The tournament starts with good news because a considerable amount of money has been invested in upgrading the West Course over the past 12 months and the changes have been well received.
Complaints about the course conditions kept McIlroy, Henrik Stenson and Ian Poulter from competing here a year ago. McIlroy remains absent but Stenson and Poulter both return. The European Tour officials took the complaints lodged against the venue seriously and made sure that the necessary adjustments were completed in order to restore the prestige of the 2017 edition of this event.
All 18 greens have been reseeded and just as we saw at Augusta, sub air technology has been installed under every putting surface to control moisture, although given the outstanding weather forecast this week.
With the course conditions the best they have been in years the focus should remain on the caliber of golf being played this week, nevertheless there’s also a vibe of heavy hearts after the Manchester Arena bombings. Golfers and others on the Tour spoke out about the bombing that killed 22 at an Ariana Grande concert a few hours from this week’s tournament in England.
There was a lengthy moment of silence held all around the country for those who were killed in the bombing, including during the first round at the tournament held at Wentworth. Most players also wore black ribbons Thursday in honor of those who died.
Get all the latest Sports Betting updates on your social media outlets. Find us on Facebook!
With this behind an All-Star cast will make their way to the Wentworth Club in Surrey. There will be more than $5 million in prize money on the line at the European Tour’s flagship tournament.
In terms of what it takes to win, Driving Distance should remain an important factor to consider. Chris Wood ranked 48th in that category last year but Byeong Hun An ranked first in DD when he won this event in 2015 and McIlroy ranked third in that stat when he won here in 2014. Driving Accuracy will also be important after Wood ranked seventh in that category here last year. Wood finished fourth in Greens In Regulation at this tournament a year ago, which made him the seventh winner to rank inside the top-four in that category over the last 11 years. Distance and Accuracy off the tee remain very important but make sure you don’t overlook GIR stats as well when evaluating the talent in this week’s field.
Wood is the defending champion at this event but he isn’t expected to repeat here at +3300 odds to win outright. Meanwhile, Stenson is certainly expected to contend as a co-favorite to win this tournament along with Justin Rose at +1200 odds. Francesco Molinari, Alex Noren and 2015 winner Byeong Hun An are among the sports betting favorites ranking from +1600 odds to +2200 odds this week. If you are looking for another value pick then you might want to consider Poulter, who is listed at +4500 odds in his return to the BMW PGA Championship. Sign up at BetRegal.com