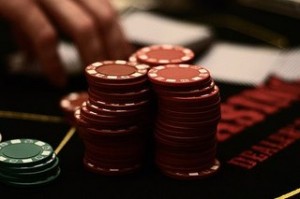 Check Regal Poker for Latest Poker News, poker strategy tips and more.
(pokernews.com)- World Series of Poker Main Event runner-up Josh Beckley led the way after two days of action in the $25,000 High Roller at the 2016 PokerStars Caribbean Adventure. Beckley finished Day 2 atop the final nine with 2.146 million after he shot up the leaderboard throughout the 11 levels that were played.
Final Table Seat Draw and Chip Counts

At Regal Poker you will find the best articles about how to play poker, visit us and check out our promotions we offer you the best online poker games.
In one huge hand, Beckley knocked out Nick Yunis and Darren Elias when his aces held against both opponents. He then slowed down the rush of two-time WSOP bracelet winner Brian Yoon, who was charging in the final level before Beckley put his foot down. All of that and more helped Beckley secure the largest stack in the room to close out Day 2.
Joe McKeehen, the man who defeated Beckley in November to earn poker’s most prestigious prize,already booked an impressive seven-figure score in the $100,000 Super High Roller earlier at this stop, and now it’s Beckley who will look to do the same if he can ride his chip lead to a victory on Thursday’s Day 3. However Beckley finishes, both he and McKeehen have started 2016 off with solid showings utilizing the momentum they closed out last year with.
The end of the night was hectic, with eliminations piling up once the players reached the money.Keven Stammen was the first to hit the payout desk in 31st place, and others that fell includedMarvin Rettenmaier (27th), Nick Yunis (25th), Faraz Jaka (21st), Adrian Mateos (18th), Greg Merson (13th), and Jeff Gross (12th).
On the final hand of play on Day 2, Dario Sammartino busted Robert Gorodestsky in 10th place when both made top pair of kings on the turn in a three-bet pot, but Sammartino’s ace kicker trumped Gorodetsky’s jack kicker. That meant that the players bagged up and redrew to a single table where they will return on Thursday at noon local time.
Beckley, Yoon, and Sammartino will be joined by Chance Kornuth, Anton Astapau, Sean Winter,Andrey Zaichenko, Nick Maimone, and Ben Heath at the final table, and they will return to play down to a winner with coverage right here on PokerNews.
Don’t miss our special articles about Texas Hold’em and blackjack, become the best player that you can be! Get all the latest PokerNews updates on your social media outlets. Follow us on Twitter and find us on both Facebook and Google+!