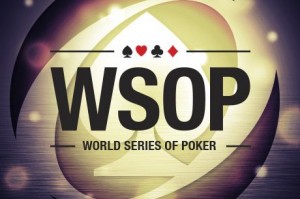 Check Regal Poker for Latest Poker News, tips and more.
(pokernews.com) –  The biggest tournament in live poker history crowned a champion on Day 8 of the 2015 World Series of Poker Wednesday, with two other WSOP bracelet events also doing the same. In addition, the $10,000 Heads-up Championship played down to a final two, the $1,500 Limit Hold’em played down to the final 28, and two other bracelet events kicked off.
At Regal Poker you will find the best articles about how to play poker, visit us and check out our promotions we offer you the best online poker games.
Garcia Wins The Biggest Live Tournament in Poker History
Houston, Texas native Cord Garcia won the biggest live tournament in poker history Wednesday, taking down the title in the 2015 WSOP’s Event #5: THE COLOSSUS $565 No-Limit Hold’em. The circuit grinder, whose biggest live score to date had been $83,640, won $638,880 and his first WSOP gold bracelet, beating a final table that also included one of his roommates for the summer and the man who won the biggest WSOP Circuit event in history earlier this year, fellow Texan Ray Henson.
Anthony Blanda was the first player out after just the first few hands. Then after David Farber and Garry Simms hit the rail, massive start-of-day chip leader Adi Prasetyo fell sixth. Praseto had increased his chip lead to that point, but after doubling up Henson once, he ended up with the worst holdings in a three-way all in hand against Henson and Brad McFarland. McFarland won the hand and Henson busted Belgian Kenny Hallaert fifth before Garcia took control of things, winning a three-way all-in hand of his own that sent Paul Lentz out fourth and left Henson short.
After Henson exited third, Garcia made relatively quick work of McFarland, picking off an ace-high river bluff with a flopped set and a turned full house to secure the record-breaking victory.

For more info visit pokernews.com
Don’t miss our special articles about Texas Hold’em and blackjack, become the best player that you can be! Get all the latest PokerNews updates on your social media outlets. Follow us on Twitter and find us on both Facebook and Google+!