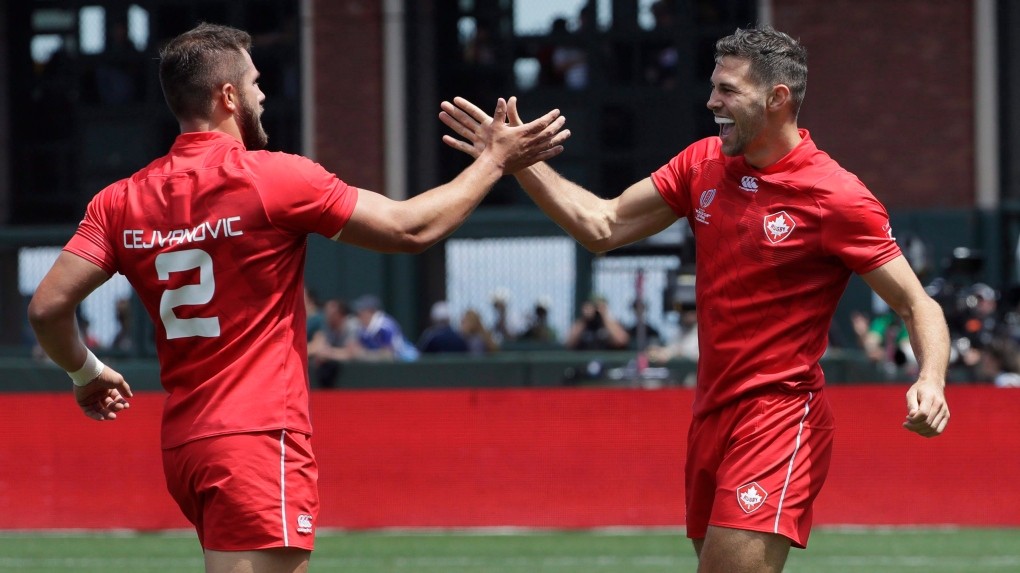 An early turnover and a penalty resulted in a pair of tries for Britain in a 31-5 triumph over Canada in a men’s quarter-final Sunday at the World Rugby Sevens Series.

Canada possessed the ball in the game’s early stages but couldn’t crack a strong British defense.

Canadian captain Phil Berna was assessed a penalty for intentionally knocking down a pass later in the half. Playing a man short, the Canadians gave up another try to trail 14-5 at half time.

“We were strong out of the gate, but we couldn’t manage to keep it together for the full half,” Carson said. “That’s probably the most elite team we played so far, and it gives us some stuff to look at heading into our next game.”

The best the host men can finish in Vancouver is fifth.

Competing in the “Fast Four” tournament in Vancouver, Canada’s women fell 22-12 to the U.S. and 19-5 to Britain before defeating Mexico 39-0 on Saturday.

The Canadian men fielded a young side with nine players making their series debut.

Vancouver’s tournament is the first HSBC World Rugby Sevens Series event since the COVID-19 pandemic halted the circuit in March of 2020. Pandemic concerns limited attendance at BC Place Stadium at around 13,500 in the lower bowl, but fans in the stands still dressed for the occasion.